A 16-year-old boy broke up a bullying incident. Days later, police say he was fatally shot by one of the boys involved 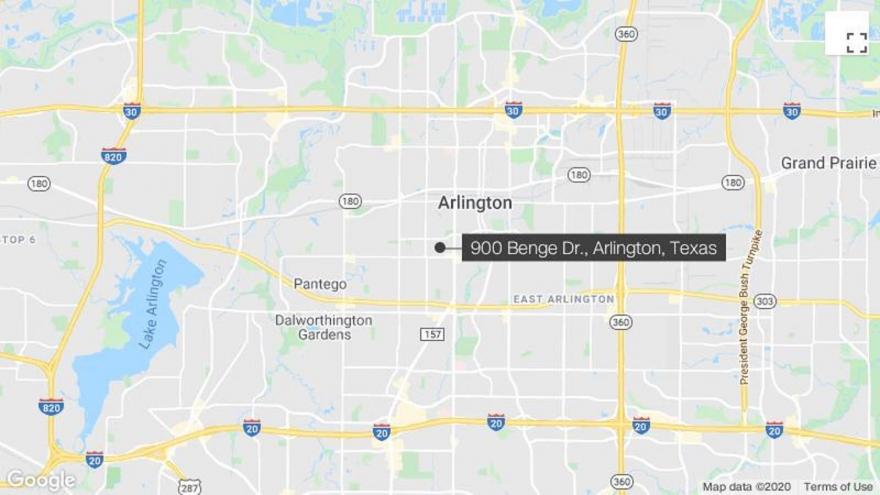 A 16-year-old was shot and killed days after he broke up a fight, Arlington Police say.

(CNN) -- A 16-year-old boy was shot and killed days after he broke up a fight involving the shooting suspect, authorities say.

The teenager was shot in Arlington on Thursday, the Arlington Police Department said in a statement. He was taken to a nearby hospital where he was later pronounced dead, the department said.

Arlington High School identified the victim as one of its students, Samuel Reynolds.

Reynolds was shot at the apartment complex where he lived, CNN affiliate KTVT reported.

Officers arrested a "male juvenile suspect" the same day, saying in a statement they would not release his name because of his age.

"This senseless act of gun violence has no place in society and our hometown community," Arlington Police Chief Will Johnson said in a statement. "This was an emotionally tough case for responding officers, investigators and medics. We will direct our attention to how a young teen suspect accessed a firearm used in the offense."

He saw a kid getting picked on and stepped in

Police said that Reynolds, a 10th grader, saw another student getting picked on and decided to intervene, KTVT reported.

"Our victim had broken up a fight a few days prior with a smaller -- what he described as a smaller-- boy that was kind being picked on and after he broke up the fight he started having some trouble with the suspect," Arlington Officer Christopher Cook said

One of the youths involved was the shooting suspect, who was captured on security cameras shooting Reynolds with a .40 caliber gun, KTVT said, citing police.

"How did he get the gun? That's something that we want answers for," Cook said. "We are sick and tired of children in our community coming into contact with firearms and possessing them and using them in these types of manners," Cook said.

On Friday, students and teachers from Arlington High School gathered for a vigil on campus.

"We are heartbroken by this tragic loss of a young life," Principal Shahveer Dhalla said in a statement. "He touched the lives of many of our Arlington students and teachers, and he will be missed. We are keeping our thoughts and prayers with Sam's family and friends."

The student arrested was not an Arlington High School student, the principal said, adding the district is continuing to work with authorities on the investigation.

Snow to mix to rain Monday afternoon and evening

Bald eagles across the United States are dying from lead poisoning