A 14-year-old is fatally stabbed at a train station in New York, authorities say 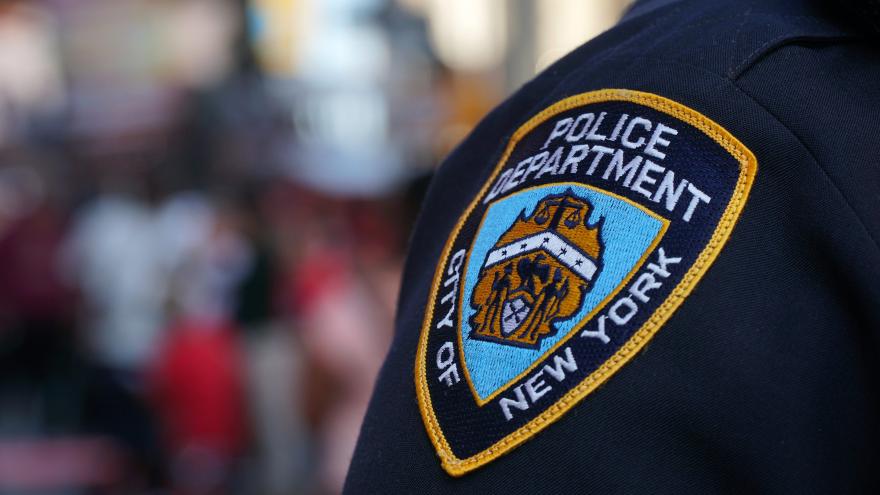 (CNN) -- A 14-year-old boy who was stabbed during a fight inside a subway station on Saturday has died, according to the New York Police Department.

Officers responding to a 911 call found the boy on a train platform in a north Harlem subway station with a stab wound to the abdomen, police said in a statement. Preliminary investigations indicate "a fight or dispute began on the street and continued into the train station where an altercation occurred," said Jason Wilcox, the chief of transit for the NYPD.

The teen was taken to a hospital, Wilcox said, where he was pronounced dead about half an hour later. Investigators recovered a knife and what appears to be a broomstick from the scene, he said.

Surveillance footage from the MTA provided images of people who were at the scene, and investigators released descriptions of possible suspects to responding officers. One man who matched some of the description and was bleeding from his back and abdomen was taken into custody, authorities said.

The NYPD said on Sunday they arrested a 15-year-old boy and recommended a murder charge. Police did not release his name or clarify if he knew the victim. He was charged with criminal possession of a weapon.

It's unclear whether the 15-year-old has a lawyer. He has not been arraigned.

Police are going through video from the scene and talking to witnesses. There are no other suspects being sought, Wilcox said, who urged people with information to come forward.

"At this time, we do not believe this was a random attack," Wilcox said. "It is believed that the individuals involved are known to each other."

Officials have placed an increased focus on resident safety and law enforcement response at subways amid an uptick in city crime, including a mass shooting at a Brooklyn subway station in April.

The city has recorded a nearly 38% increase in major crimes this year through July 3 compared to the same period in 2021, according to statistics released by the NYPD. Historically, such crime rates are still lower now than in past decades like the 1980s and 1990s.

In an unrelated incident on Saturday, a man allegedly called police, identified himself and made threats against the governor, some elected officials and members of the NYPD, authorities said.

During the phone call, the man said he'd "blow the head off of the first police officers that he saw," according to Jeffrey B. Maddrey, NYPD chief of patrol. The man then made a second phone call to an NYPD precinct in Queens and reiterated the same thing, Maddrey said.

Members of the NYPD's 113 precinct in Queens sent uniformed officers and marked vehicles to respond to an area near "the address in question," Maddrey said.

At the home, a man came out and one of the officers called him by his name, Maddrey said. The man confirmed that he was the caller and began cursing at the officers. He did not listen to their commands asking him to take his hands out of his pockets, police said.

There was a short verbal exchange before the man brandished a firearm and pointed it at police, Maddrey said. The man fired several rounds and "at least six" officers fired their guns in return, he said.

Officers subdued the injured man and began life-saving measures, taking him to a hospital where he was pronounced dead, Maddrey said.

Multiple police officers were also taken to the hospital and treated for various injuries, including tinnitus and high blood pressure, Maddrey said. The scene is still under investigation.