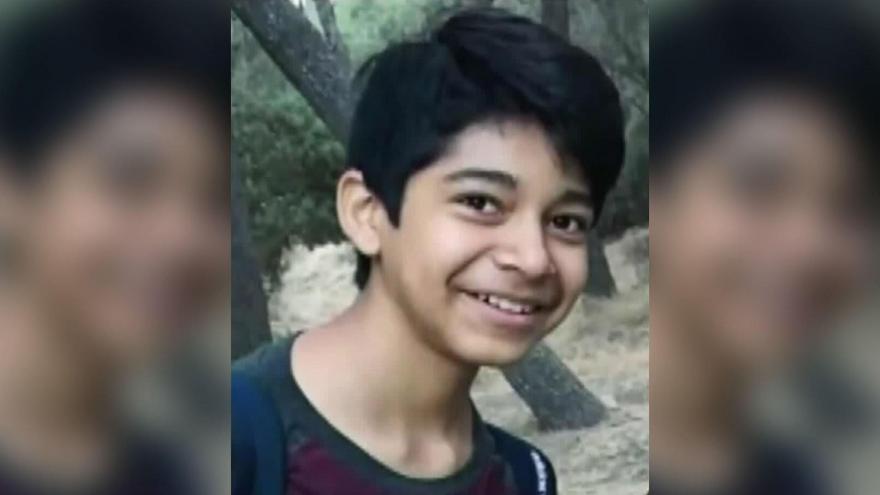 The 13-year-old boy, who police identify only as Diego, was a student at Landmark Middle School in California's Moreno Valley.

(CNN) -- Mourners for a 13-year-old California boy who died from injuries sustained in an attack by students at his school angrily confronted the school system's superintendent at a Wednesday night vigil.

Moreno Valley Unified School District Superintendent Martinrex Kedziora, escorted by deputies, sought shelter behind the school's locked doors after his address at the vigil led to a vocal crowd questioning the district's response to ongoing schoolwide bullying concerns, CNN affiliate KCAL reported. In KCAL's report, one woman can be heard shouting, "There's no excuse, you need to resign from office."

Moments before that, Kedziora had tried to address the crowd before being shouted down. "We're here tonight to work with the community to support them," he said.

Then, a woman responded, "We are the community and you're not working with us."

The victim, who police identified only as Diego, was a student at Landmark Middle School in Moreno Valley, about 60 miles east of Los Angeles. Police were called to the school on September 16 after a fight broke out on campus, according to a press release from Riverside County Sheriff's Department.

Video of the incident obtained by KCAL shows the victim being punched and falling into a concrete pillar. Diego was transported to a hospital and was in critical condition, the release said.

Despite what police called "rigorous medical intervention and treatment efforts," Diego was pronounced clinically dead on Tuesday night from his injuries. "Preparations by Diego's family are underway for organ donation to transform this tragedy into the gift of life for other children," the police department said.

Two 13-year-old boys were arrested on assault charges and remain in custody of the Riverside County Juvenile Hall, the release said. Due to the ages of those involved, law enforcement would not provide more information.

"We have additional measures to keep (students) safer than they've ever been, but we continue to work on that," Kedziora told KCAL.

"Diego was not only a brilliant student, but his friends also described him as someone whose smile could light up a room. He was beloved by his classmates, teachers and by his community," Kedziora said in a press release.

The school will provide additional counselors to help students and the community mourn Diego's loss.

But parents are angry, and demanding answers as to how and why this could have happened.

"I just hope that all this teaches a lesson to the school district because it's the one who needs to do something about this," said one parent.