A 10-year-old Uvalde shooting victim wanted to go viral on TikTok, but was too young to have an account. Now her family wants to fulfill her dream 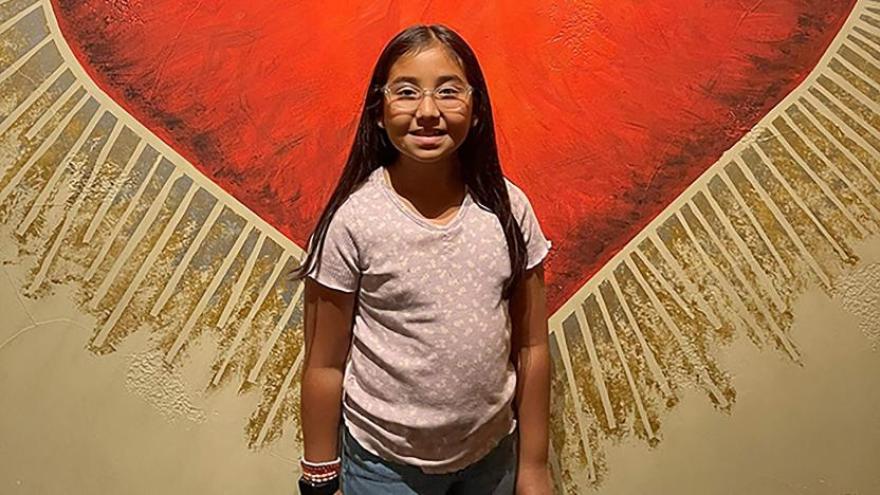 Tess Marie Mata, 10, one of the victims of the shooting at Robb Elementary school in Uvalde, Texas hoped to one day go viral on TikTok but she was too young to have an account, and now, her family decided to try and make that dream happen to honor Tess.

(CNN) -- Ten-year-old Tess Marie Mata hoped to one day go viral on TikTok -- even though she was too young to have an account.

Last Tuesday, Tess was one of the 21 victims killed at the Uvalde, Texas, school shooting. Her family is now doing what they can to fulfill her dreams.

Tess' uncle, Robert Hill, told CNN Monday that she had dreamed of having one of her dance videos go viral on the social media app, TikTok.

Since users must be at least 13 years old to create an account, Hill said Tess would make videos and save them to her mother, Veronica's account.

"She had over 150 videos drafted," Hill said. "We were going through all of them and talking about how she always wanted one of her dances to go viral."

The family decided to try and make that dream happen to honor Tess. They picked one of their favorites -- a video of Tess doing a popular dance routine to Don Toliver's song "No Idea" -- to share.

The video was posted to Veronica's account last week with the caption: "My sweet baby girl. She was taken from us because of a senseless act in a mass shooting. I never allowed Tess to post her videos because she was so young. But today I want to celebrate her by trying to fulfill her wish by becoming TikTok famous. #uvaldestrong."

Hill also shared and reposted the video, hoping his following would help it gain more attention. As of Monday afternoon, the video on Hill's account has more than 90,000 views, 33,000 likes and 2,000 comments.

Two of those comments come from the verified accounts of Lance Bass and Paris Hilton.

"We were excited because after that, we kind of knew that this was going to happen for her," Hill said. "Unfortunately, she just can't be around to see it."

Hilton left a comment on Sunday saying, "So sorry for your loss... Sending lots of love to you and your family."

Kourtney Kardashian and Kylie Jenner also reposted the TikTok to their Instagram stories, according to Hill, though they have disappeared after the 24-hour post limit.

One of Tess' favorite bands was BTS, Hill said, adding that he hopes the video eventually reaches them. "It's something we definitely want to see happen for her," he said.

"It's hard to still wrap my head around this," Hill continued. "I wish she was around to see this,"

Tess will be buried on June 13 at the Hillcrest Cemetary in Uvalde, according to Rushing-Estes-Knowles Mortuary.