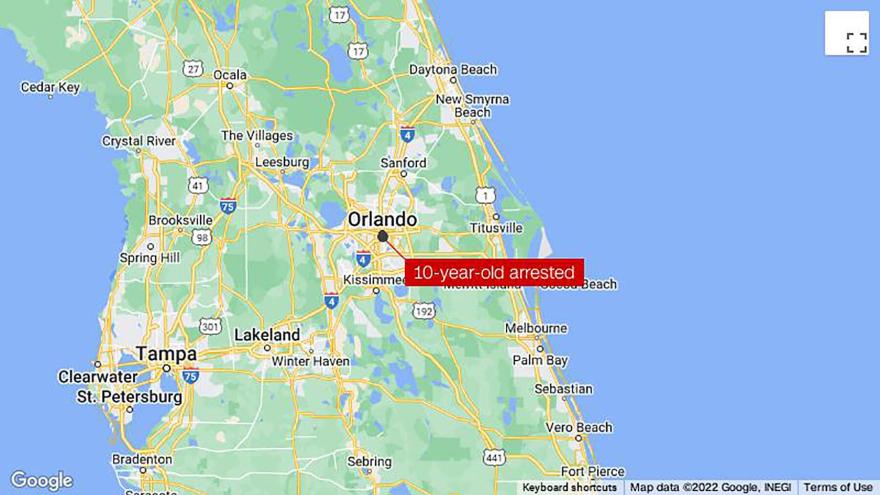 A 10-year-old girl in Orlando, Florida was arrested after police say she fatally shot a woman who was arguing with her mom.

(CNN) -- A 10-year-old girl was arrested Tuesday after authorities say she fatally shot a woman who was arguing with her mother, according to the Orlando Police Department.

The child was placed in the custody of the Florida Department of Children and Families, according to police.

In a statement following the shooting, State Attorney for Orange and Osceola Counties Monique H. Worrell said her office has began reviewing the case and will "consider all of the facts, including the age of the child, and all of the surrounding circumstances, when making a charging decision."

"We want to be clear in stating that no charging decision has been made by our office," the state attorney's statement said, adding the incident was "one of the most tragic cases I have seen in my 22-year career."

The child's mother is also in custody, according to Orlando police.

Witnesses told police the shooting occurred on the night of May 30, when the child's mother and the victim, Lashun Denise Rodgers, 41, began arguing outside an apartment complex, according to an arrest report.

The child was with her mother at the time of the argument, according to the arrest report, which cited witnesses.

The mother allegedly initiated a physical altercation by punching Rodgers, who retaliated by punching her back, the arrest report says, citing Rodgers' boyfriend as one witness.

The boyfriend told authorities he attempted to break up the fight, but the victim tried to "re-engage" with the mother, according to the report. He then allegedly saw the child holding a black firearm before firing "one to two shots" at Rodgers, an arrest report shows. The child then allegedly yelled "she shouldn't have hit my momma," the boyfriend told police.

Rodgers was taken to Orlando Regional Medical Center where she later died, according to police spokesperson Heidi Rodriguez.

The girl's mother was taken into custody and the child was placed in the custody of the Florida Department of Children and Families, police said.

CNN has reached out to the attorney for the child's mother, but has not received a response. CNN has not been able to obtain attorney information for the child involved.

Police said the investigation is ongoing.