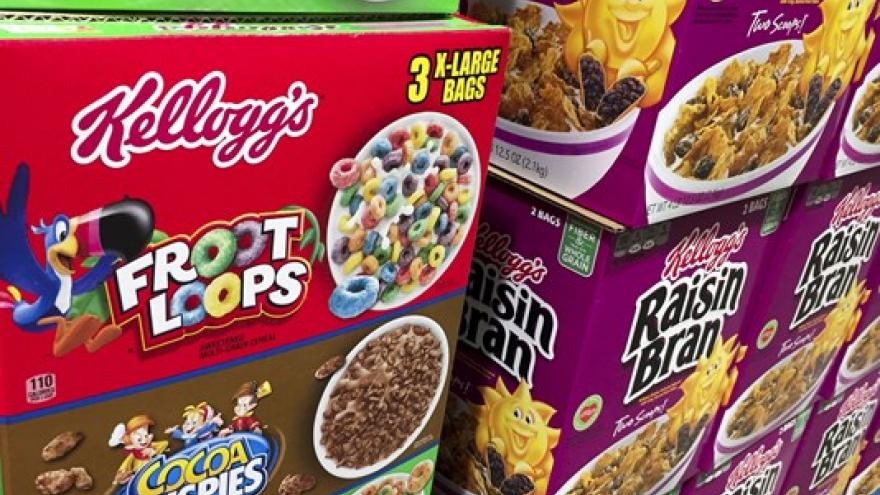 (CNN) -- Kellogg says it has reached a second tentative agreement with the union representing 1,400 workers who have been on strike since early October.

But the 10-week-long strike will continue until rank-and-file membership at the union ratify the agreement. Membership voted against a previous deal reached two weeks ago, which extended the strike.

The union has not put out a statement about the deal as of early Friday. But the company said it is hopeful this deal will be ratified by early next week and end the strike.

"We value all of our employees. They have enabled Kellogg to provide food to Americans for more than 115 years," said Kellogg CEO Steve Cahillane. "We are hopeful our employees will vote to ratify this contract and return to work."

After that earlier contract rejection, the company threatened to hire permanent replacement workers to take the jobs of strikers. But that brought backlash and criticism of the company from numerous public officials, including President Joe Biden, who issued a statement saying he was "deeply troubled" by Kellogg's plans, and that he supported legislation that would ban permanent replacement workers.

Sen. Bernie Sanders is due to appear at a rally Friday with strikers in Battle Creek, Michigan, the headquarters of the company and the location of one of the four factories being struck.

With the current labor shortage, Kellogg would have difficulty hiring replacement workers. The United States has a record three job openings for every two unemployed people seeking jobs. Kellogg has been running short-staffed at the plants for years and requiring workers to work seven-days a week on overtime because of an inability to hire additional staff. The work schedules and staffing is one of the factors in the current labor negotiations.

When the company announced plans to hire replacement workers, supporters of the strike on Reddit called on others to flood the Kellogg job application site with false resumes to make it difficult for them to find the workers they needed.

"It's time to clog their toilet of an application pipeline," said a post that had 66,000 approvals on Reddit as of Friday morning.

The tight labor market has prompted union members to demand more from employers than they have been willing to accept in past contracts.

Kellogg is not the only company where there was strong rank-and-file opposition to tentative labor deals reached by their union negotiators. Workers at farm and equipment maker John Deere rejected two tentative deals, one that started a month-long strike by 14,000 workers, and another that extended it, before they finally voted to ratify an agreement. And only 50.3% of film and television production workers voted to ratify a deal with the studios that narrowly prevented a strike by 63,000 members of their unions.