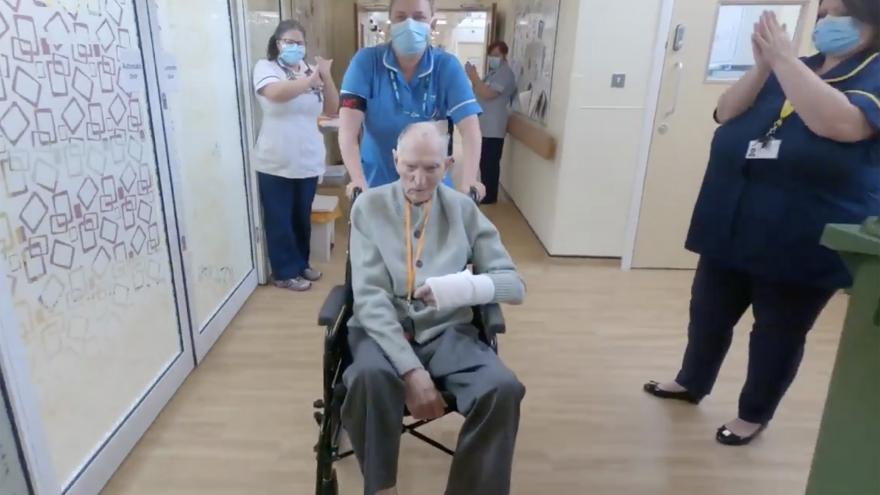 (CNN) -- A 99-year-old World War II veteran who survived the coronavirus has been given a guard of honor by nurses as he was discharged from hospital.

Albert Chambers, who will turn 100 in July, is due to arrive back home on Friday after recovering from the virus at Tickhill Road Hospital in Doncaster, northern England.

Chambers was admitted to the hospital three weeks ago after injuring his wrist in a fall. While there, he began to show symptoms of Covid-19 and tested positive for the virus.

But, despite the fears of his family, he recovered, and nurses at the hospital saw him off with a guard of honor -- a moment that was captured on video and shared on social media by the NHS Northeast and Yorkshire health trust.

"Thank you very much, I appreciate every bit you've done for me. It couldn't have been better," Chambers, who has lived alone since his wife's death almost two decades ago, tells one of the nurses in the video.

His grandson, 49-year-old Stephen Gater, told CNN how the family had expected the worst after being told he had contracted Covid-19. But, he said, he believed his grandfather's "fortitude" -- gained during his time as a British Army soldier during World War II -- helped pull him through.

During the war, Chambers was captured by the enemy after being injured in a bomb blast in North Africa. He was transferred to Fallingbostel in northwestern Germany, where he spent three years as a prisoner of war in its Stalag XI B camp.

After the war, he protected London's royal palaces as a soldier in the Coldstream Guards. 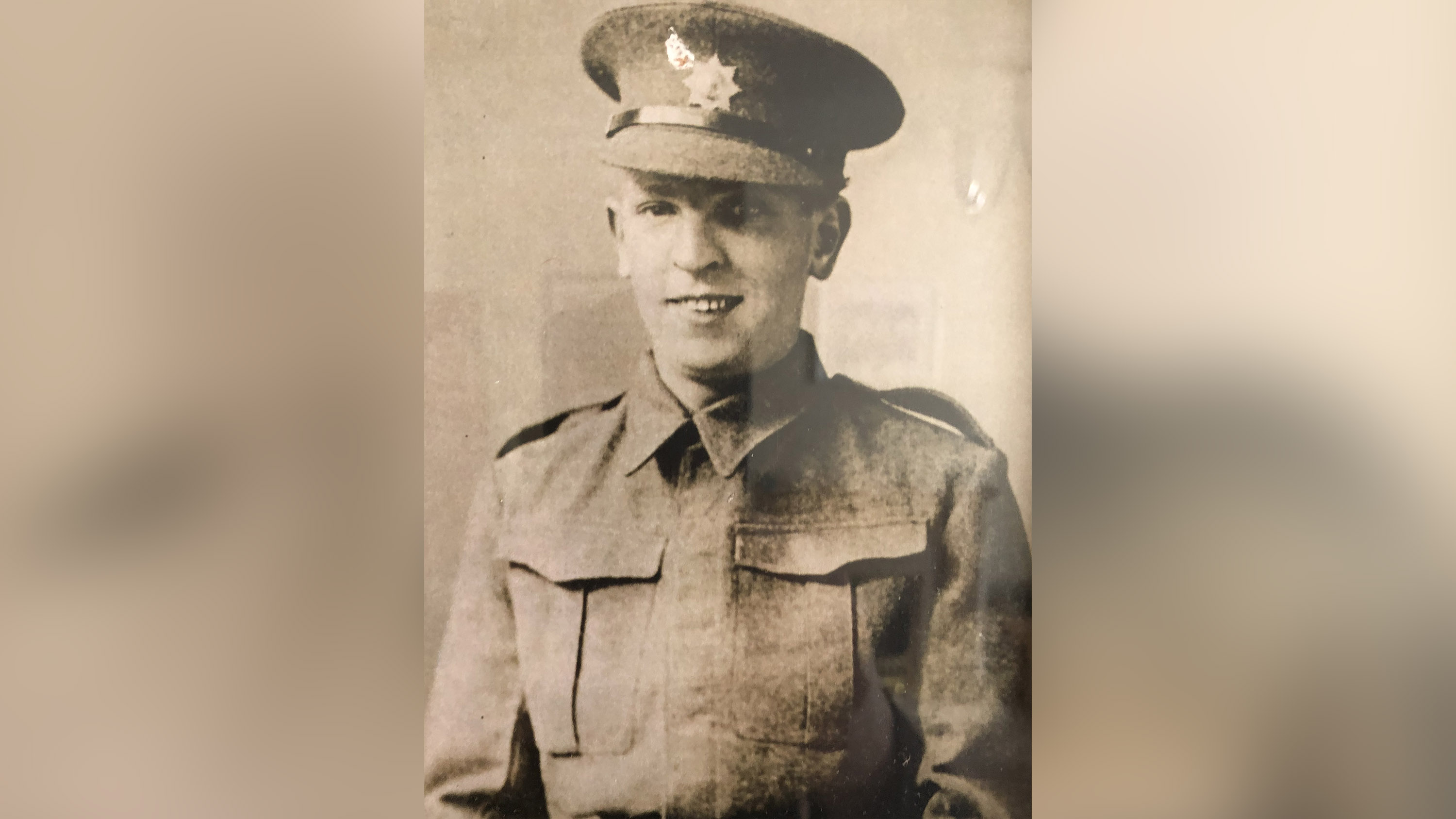 "It's nice to have some positive news in the midst of what is a difficult time for everybody," Gater told CNN.

"When we heard the news we feared the worst but he's pulled through and it's amazing -- the staff there are incredible and we owe them a huge amount of gratitude. We were clapping very ferociously last night at 8 o'clock along with everyone else.

"It's testament to the care he was getting and his positive attitude and his fortitude."

One thing Chambers will have missed, Gater said, was his "guilty secret" -- a daily trifle bought from the supermarket Marks & Spencer.

"I'm just driving up and I've literally just stopped at a service station and bought him a load -- so hopefully that'll put a smile on his face," he said.