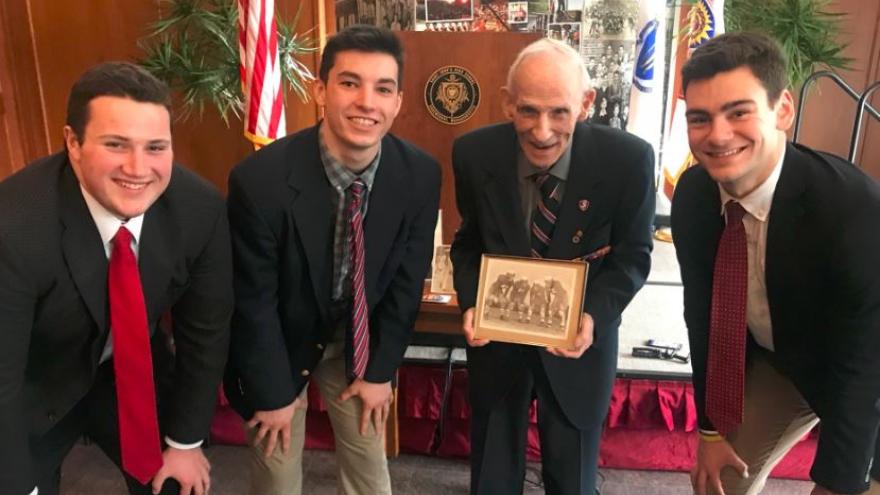 SHREWSBURY, Mass. (AP) — A 94-year-old World War II veteran has received his high school diploma — 74 years after he would have gotten had he not enlisted.

Paul Snow says he felt "naked" from all the attention he received Thursday during a ceremony at St. John's High School, but says he always wanted to get his diploma. The Worcester Telegram & Gazette reports the Worcester native enlisted in the U.S. Navy a day before his 18th birthday in 1943, and was honorably discharged about three years later.

Paul Snow '45 received his SJ diploma today and posed the very same position he did nearly 75 years ago - amongst his Pioneer football teammates.

If this doesn't give you all the feels... ??‼️ pic.twitter.com/ExrrfqCT2y

Democratic U.S. Rep. James McGovern and St. John's High School worked together to award a diploma to Snow as a tribute to his service. Snow was awarded with an honorary diploma dated June 17, 1945.