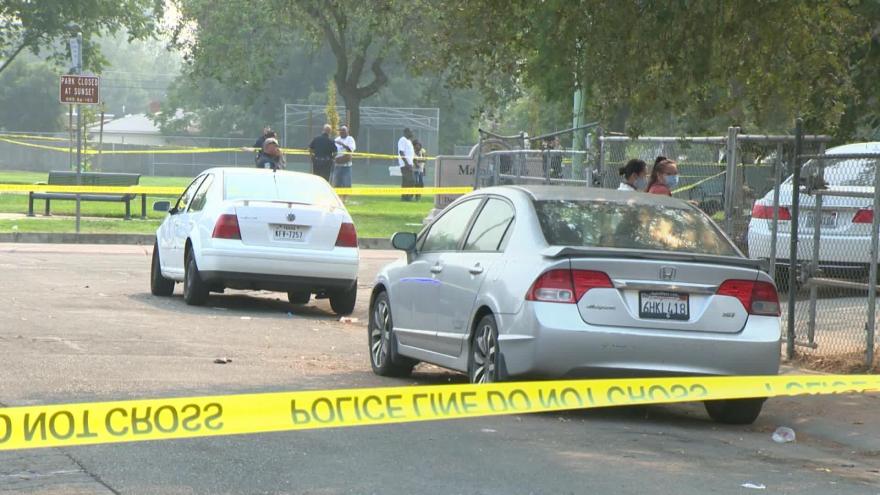 (CNN) -- A nine-year old girl was killed in a drive-by shooting at a Sacramento park Saturday afternoon, police said.

When officers arrived at Mama Marks Park around 1:10 p.m. local time, they found the nine-year-old, along with two other victims who had been shot, according to a news release from the Sacramento Police Department (SPD).

SPD officers were told that one man had self-transported himself to a local hospital with injuries, the release said. He is in stable condition.

The incident has been taken over by homicide detectives and crime scene investigators, the release said. The investigation is in its early stages and detectives are canvassing the area for witnesses and evidence.

Authorities are still investigating the circumstances and motive of the shooting, the release said.

SPD says anyone with information may be eligible for a reward up to $1,000.