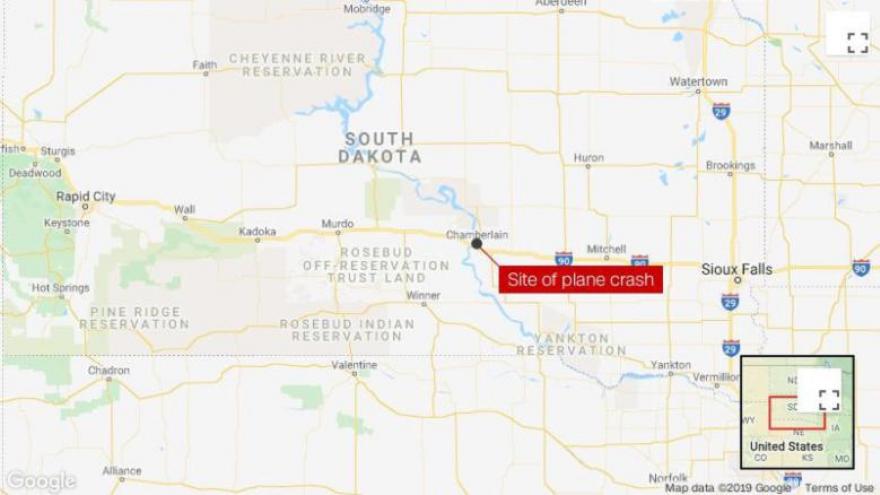 Among the nine dead are two children and the pilot, Brule County States Attorney Theresa Maule Rossow said in a statement

There were 12 people on the plane. The three survivors were taken to Sioux Falls for treatment.

The crash was weather related, according to the Brule Buffalo County Emergency District.

Snow was falling at up to an inch an hour in South Dakota, the National Weather Service in Sioux Falls said.

Visibility could fall to less than a mile, the weather service tweeted.

"The men and women of law enforcement, first responders and medical professionals should be commended in their heroic actions to rescue the victims in the extreme weather conditions," Rossow said.

The FAA and the National Transportation Safety Board are investigating the crash.