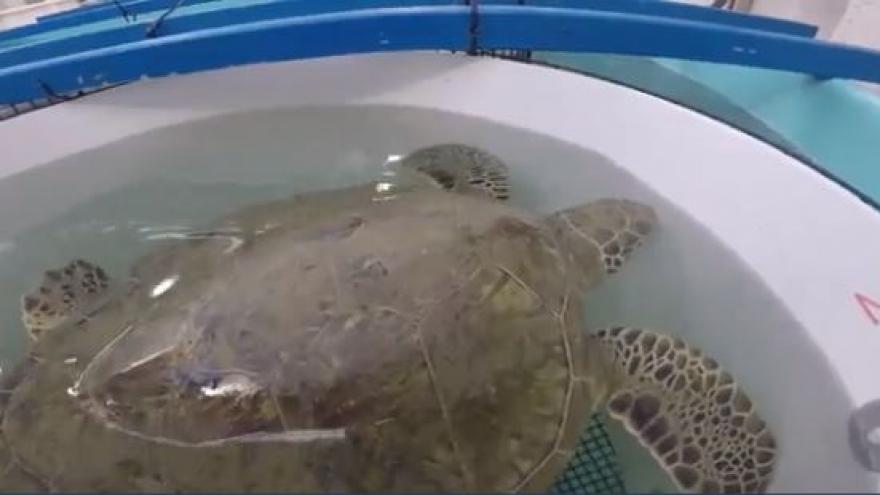 Sea turtles' bodies can go into shock when the waters get below 50 degrees in shallow bays and estuaries.

Tuno says they're expecting to lose up to 10 percent of the turtles, but the majority of them will be fine. The Kemp's Ridley, Green and Loggerhead sea turtles will be released as soon as the water warms up.

Officials are monitoring a second cold snap expected later this week that could send more turtles their way.