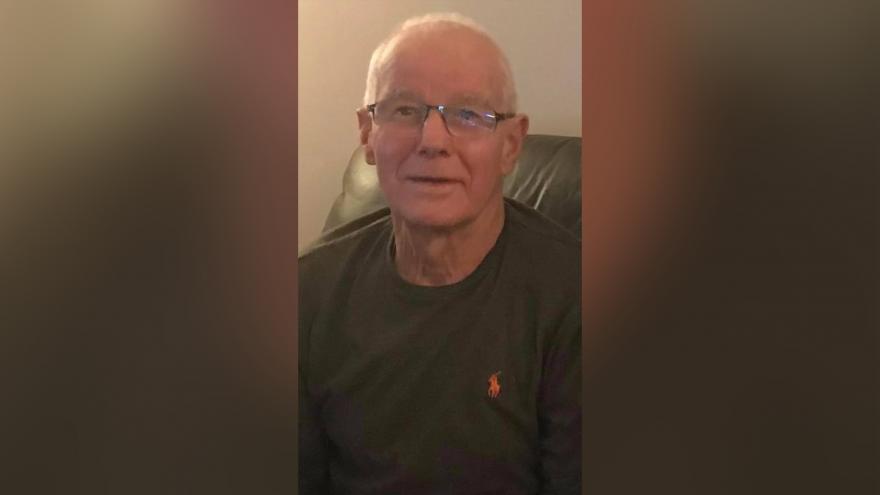 (CNN) -- An 80-year-old man who went missing while hiking during a hailstorm was reunited with his family at a press conference staged to try and find him.

Harry Harvey was reported missing at 1.30 pm on Sunday after he became separated from his walking partner while out hiking in the Yorkshire Dales, in the northeast of England.

Police, the Royal Air Force (RAF) and mountain rescue workers spent four days searching for the experienced hiker and a press conference was planned for Wednesday at The Tan Hill Inn, situated within the national park.

But the planned appeal turned into a celebration when Harvey turned up at the pub.

A wildlife photographer had spotted him while out on the moors and contacted rescuers.

Embraced by his son and daughter-in-law, Harvey, who had a large dressing on his forehead, addressed the cameras and waiting reporters.

Seated by a roaring fire in the country pub, he described being "caught in a really heavy hailstorm" with "howling gales and winds."

"By the time I got my kit on it was really dark," he said at the press conference, broadcast by The Tan Hill Inn on Facebook Live.

Harvey said he then reverted to "plan B" by finding somewhere safe to camp and setting up his tent.

When questioned about his injury, he said: "I came off a bridge and that was it... lost my glasses and my compass."

Fortunately the orange frames of his glasses made it easy for him to find them. 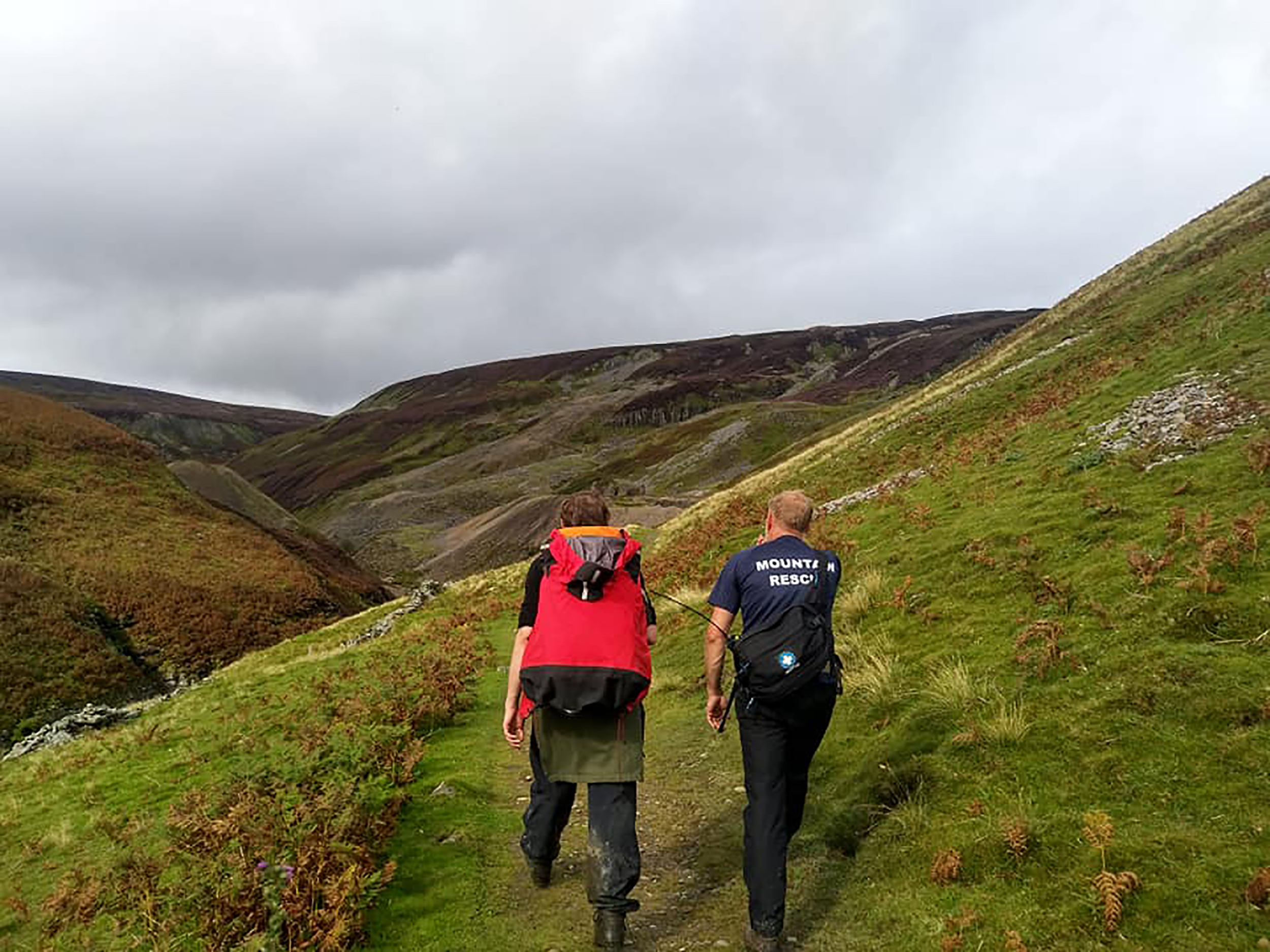 Asked how he felt about the gathering at the pub, he said: "If I'd have known, I wouldn't have come back. I could do without all of this.

"I had three really good wild camping nights where I was on my own and had all the kit I needed. The only thing I was getting a bit short of... I've got a hell of an appetite... and when I get hungry I've got to get something to eat or I can't go on."

Harvey's relatives were less enthusiastic about the experience. His daughter-in-law, whose name was not given, told the press conference: "He's had a blast, we've had a nightmare."

Harvey's son said his father is now "grounded," adding that he can wear his new hiking boots to practice on the bowling green rather than go off trekking.

More than 100 mountain rescue members took part in the search for Harvey, as well as search dogs, police officers and members of the RAF.

Swaledale Mountain Rescue posted on Facebook: "Great news Harry Harvey has been found safe and well on the moor near Tan Hill. Over 100 mountain rescue members have been involved in the successful search over the last three days. Thanks also for the substantial support offered by local people."

Inspector Mark Gee of North Yorkshire Police said in a statement: "This is fantastic news that Harry has been found safe and well. I want to thank all the search volunteers for their time, as well as gamekeepers, estate owners, farmers and local residents for their help and understanding. Thanks also to the Tan Hill, who looked after the volunteers and Mr Harvey's family."

Staff at the pub, which at 1,732 feet above sea level is the highest in Britain, wrote on Facebook: "Bless Harry #bringharryhome He is tucked up with his family and tonight we can all sleep." 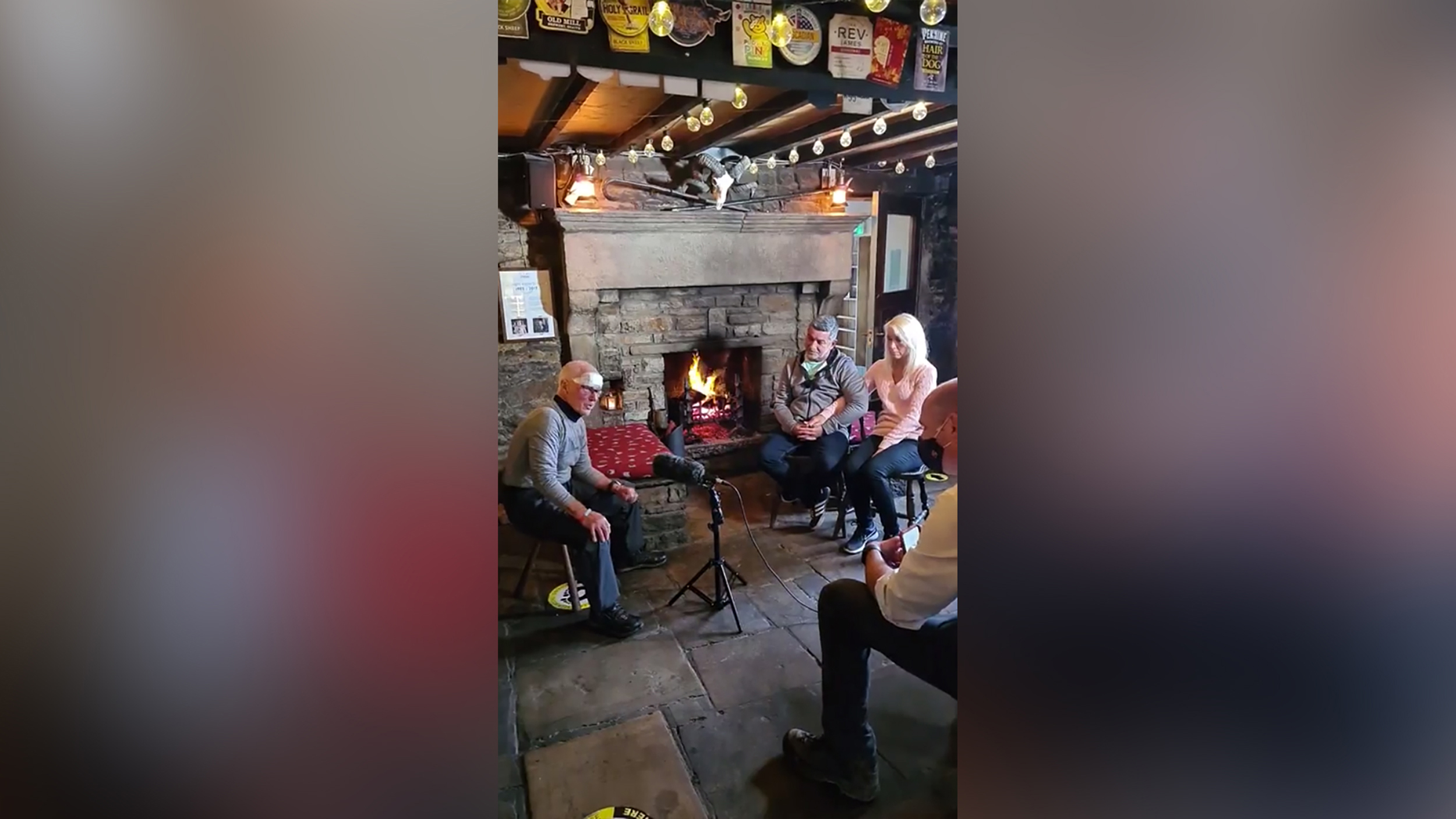