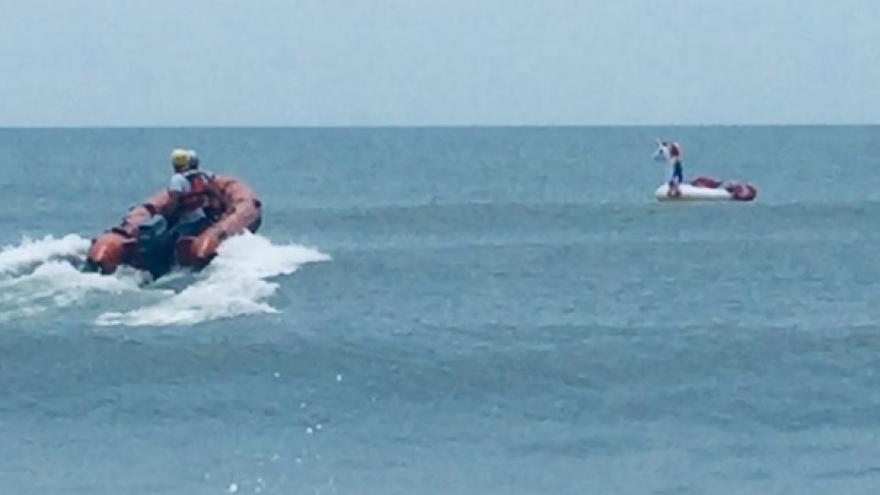 OAK ISLAND, N.C. (AP) — A volunteer water rescue team saved an 8-year-old boy who floated away from the North Carolina coast on a raft shaped like a unicorn.

News outlets report that the Ohio boy was at the beach on Oak Island on Monday when a gust of wind blew the raft nearly half a mile (0.8 kilometers) out to sea. Volunteers with Oak Island Water Rescue say the unicorn float acted as a sail, which caused it to move too fast for the boy to stop.

Rescue crews say family members called 911 and the team used a raft to reach the boy and bring him back to shore.

WWAY-TV reports other floats blew out to sea several times last year, but this was the first time a child was still on board.