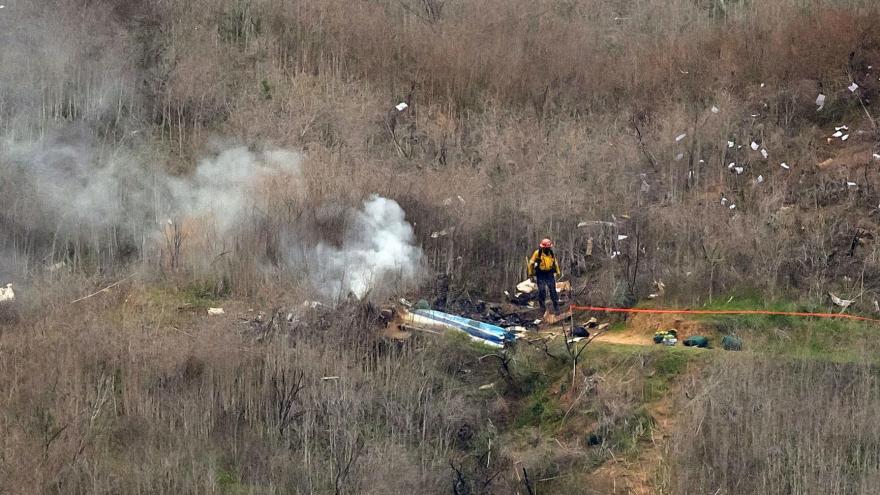 Officials responded to a helicopter crash in Calabasas, California that took the lives of Kobe Bryant, his daughter, and 8 others on January 26.

The sheriff told CNN he was "shocked" to learn about the incident and said he felt a "a sense of betrayal."

The only two groups authorized to take pictures of the crime scene were the National Transportation Safety Board and the coroner's office, Villanueva said. "Anybody outside of that would be unauthorized, they would be illicit photos."

Vanessa Bryant, who lost both her husband NBA legend Kobe Bryant and their 13-year-old daughter Gianna in the January crash, was "absolutely devastated" when she learned that first responders may have shared photos of the scene, her attorney Gary C. Robb said in a statement Sunday.

"First responders should be trustworthy. It is inexcusable and deplorable that some deputies from the Lost Hills Sheriff's substation, other surrounding substations and LAFD would allegedly breach their duty. This is an unspeakable violation of human decency, respect, and of the privacy rights of the victims and their families," the statement said.

"We are demanding that those responsible for these alleged actions face the harshest possible discipline, and that their identities be brought to light, to ensure that the photos are not further disseminated. We are requesting an internal affairs investigation of these alleged incidents."

As a result of this incident, Villanueva said his department is trying to change their policies to be more specific. They are also trying to get legislation passed in Sacramento that would make it illegal to take photos of crime scenes that display human remains. Should that law pass, it would enable law enforcement agencies to obtain search warrants, Villanueva said.

He's also reached out to the families involved in the crash, including the Bryant family, to express his disgust at the deputies' alleged actions.

"I personally apologized ... on behalf of the poor conduct of our employees and we want to make things right," Villanueva told CNN. "We don't want to extend or increase anybody's anguish."