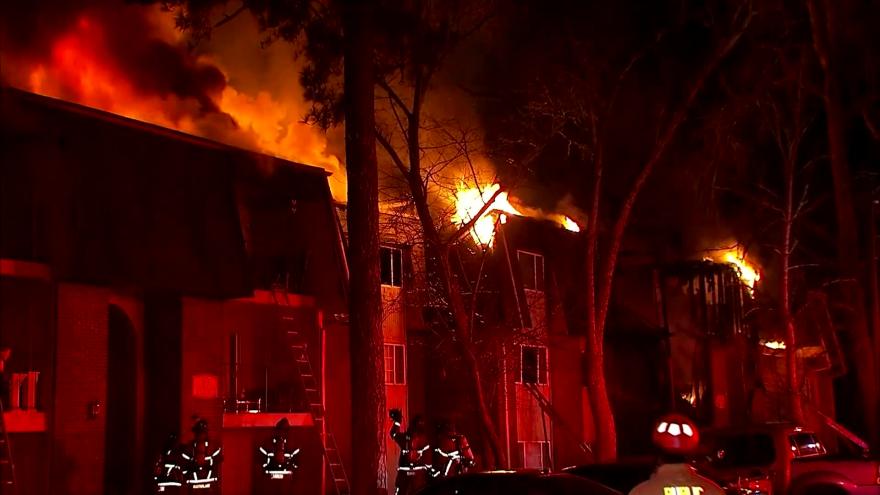 DECATUR, Ga. (AP) -- More than 45 firefighters are battling an apartment fire near Atlanta which has injured about a dozen people.

Jackson tells WSB-TV that firefighters kicked in doors and ushered out residents when they arrived on the scene.

He said the fire has grown since firefighters arrived. The cause wasn't immediately known.

The building, which includes about 20 units, is just northeast of Atlanta.