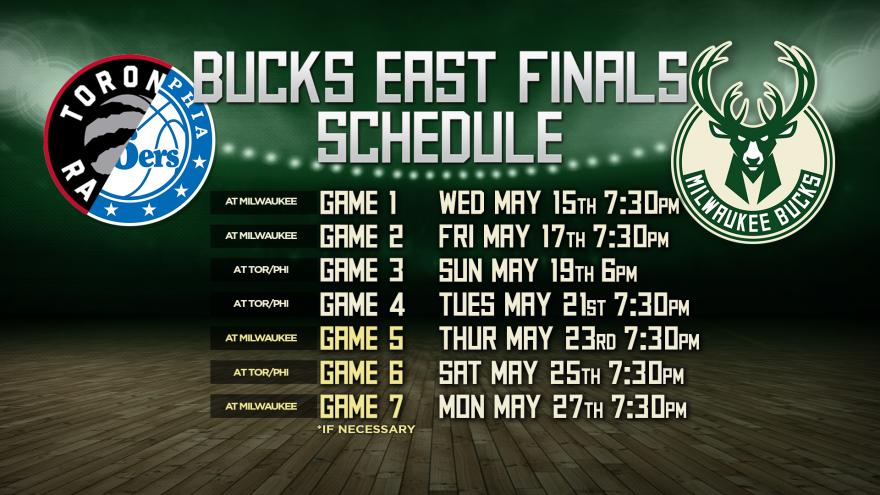 With "Jimmy! Butler!" chants ringing from the rafters, he helped Philadelphia force a seventh game against Toronto in the Eastern Conference semifinals, hitting big baskets in bunches and scoring 25 points in the 76ers' 112-101 victory over the Raptors on Thursday night.

"I play to win," Butler said. "Right now, this is what I have to do in order to give us a great chance at winning."

Game 7 is Sunday night in Toronto. The Milwaukee Bucks await the winner.

Kawhi Leonard, who scored 30-plus points in the first four games in the series, was finally tied up early by the Sixers and hit 29 points well after the game was out of hand.

Leonard and the Raptors had no answers for Butler and All-Star guard Ben Simmons. Simmons broke through and scored 21 points — more than his combined total of Games 4 and 5 — and helped show the Sixers still had some fight after a brutal Game 5 loss.

"It was amazing focus. Everybody was locked in," Simmons said. "We knew what was at stake."

Joel Embiid had played through a bad left knee and a stomach bug for most of the playoffs and the entire team had reason to be ill after the Raptors crushed the Sixers by 36 in Game 5.

"I knew I had to come in with high spirits," Embiid said. "If I've got to play 45 minutes and push myself out there, that's what I'll do."

Embiid had a burst of energy late in the third when he blocked a driving Leonard, and Simmons capitalized with a basket for an 18-point cushion. Embiid, who gingerly walked into the postgame press conference with his left knee packaged in ice, had 17 points and 12 rebounds in 35 minutes.

Embiid didn't do much early in Game 6, but Butler and Simmons built some needed separation.

Butler about did it all, and showed in the first half why the free agent will command a max contract — $188 million over five years — in the offseason.

Butler, disgruntled in Minnesota before he was traded to Philadelphia in November, scored 19 points in the half and all of them seemed worthy of the highlight reel. He took a bit of a trick shot when he rebounded his own missed jumper and was fouled by Kyle Lowry on an off-balance attempt. The basket was good and so was the free throw. Butler stole the ball from Leonard and capped the half with a fast-break dunk for a 58-43 lead.

"Game is simple. I shoot the ball when I'm open," Butler said. "Sometimes I shoot it when I'm not open."

He forced his way open in the first half, making 9 of 15 shots in the first and he gave the Sixers the confidence they needed to know another game wasn't going to turn into a rout.

"He was all over that game," coach Brett Brown said. "The mood in the locker room, you could sense the serious side. They got the moment and I think he got it as much as anybody and led us."

Simmons was called out by Butler about the need to attack the basket and play more off screens to become the triple-double threat he was in the regular season and not the non-factor he was against the Raptors. Simmons did it all early (eight points, five assists in the first quarter) and the Sixers got the outside shots to fall — an early domination that happened even as Embiid was held scoreless until he hit a 3 early in the second quarter.

Simmons had no turnovers and six assists in 34 minutes.

"What he did today was lot of the reasons he was an NBA All-Star at age 22," Brown said.

76ers: Hall of Famer Julius Erving had a lengthy courtside pregame chat with Simmons. ... The Sixers borrowed a page from the Eagles' Super Bowl run and had Chris Long and Lane Johnson ring the ceremonial Liberty Bell. Long and Johnson wore their dog masks used when they embraced the underdog theme in the 2018 postseason.

There was one cause for concern late in the fourth when Embiid was whistled for a flagrant 1 foul when hit Marc Gasol in the face and now faces a one-game suspension if he earns another in the playoffs. Embiid, playing in garbage time because he has no reliable backup, has three flagrant fouls in the postseason.

"It's annoying. It's stupid," Embiid said. "I saw the video of it. It doesn't look that bad. I guess I've got one more and I'm gone for one game so I've got to look out for it."

Embiid missed the entirety of Toronto's 12-0 run that cut a 19-point lead to seven and had fans booing as the All-Star big man took a breather. Embiid couldn't afford to rest, backup Boban Marjanovic checked in at minus-15 in just 4 1/2 minutes of playing time in the half.

The Sixers and Raptors are playing each other in Game 7 for the first time since Philadelphia won the 2001 East semifinal. Lowry, who scored 13 points, knows he'll have to contribute more to get the Raptors to their first conference final since 2016.

"I think I could have pushed a little bit more, tried to get in the paint a little more," Lowry said.

Game 7 is Sunday night in Toronto. The Raptors are 2-1 at home in the series.

"It's not unlike where we've been a couple of times already this series," Raptors coach Nick Nurse said.

The Milwaukee Bucks will play the winner of Game 7, beginning the Eastern Conference Finals at 7:30 p.m. Wednesday at Fiserv Forum.