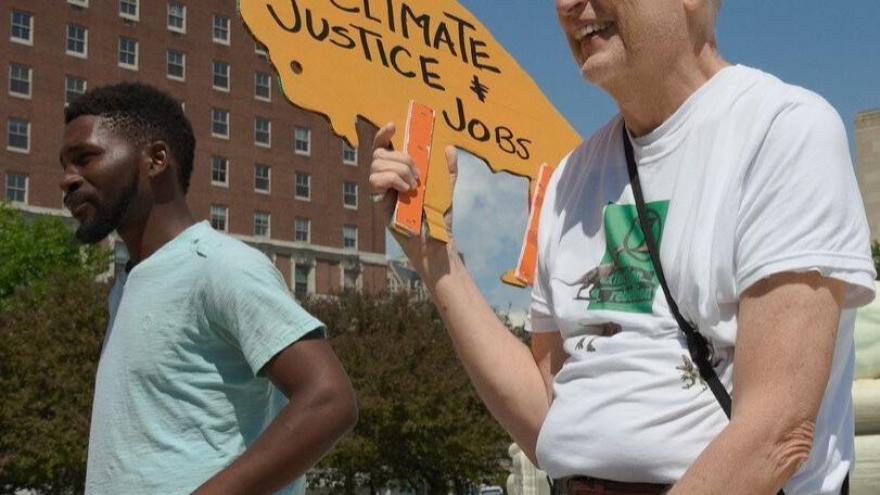 Martin Gugino, the 75-year-old man who was knocked to the ground by Buffalo police officers last June during a protest, says he's "a little surprised" that a grand jury did not indict the two officers who pushed him, causing a skull fracture.

(CNN) -- Martin Gugino, the 75-year-old man who was knocked to the ground by Buffalo police officers last June during a protest, said he was "a little surprised" that a grand jury did not indict the two officers who pushed him, causing a skull fracture.

The officers, Aaron Torgalski and Robert McCabe, remain suspended from duty pending an internal investigation into the June 4 incident. Captured on video at a protest against racism and police brutality, Gugino was shoved, fell to the ground and his head was bleeding as other officers walked by him.

The two officers had pleaded not guilty to charges of felony assault in the second degree.

"I am a little surprised," Gugino on Thursday told Spectrum News Buffalo, a CNN affiliate. "I think there was pressure on (Erie County District Attorney John Flynn) to get at least an indictment, an expectation that the justice system would do something to try to change the direction of the police department, change the reality of the police in the street. And I think people are, I think it will happen that people are disappointed that this misfired."

District attorney Flynn said during a news conference Thursday that he "sandbagged nothing" when presenting the case to jurors.

The incident sent Gugino to the hospital and left him unable to walk at the time, an attorney of his told CNN in June.

When a reporter asked Gugino on Thursday whether the argument of his violating an 8:00 p.m. curfew -- meaning Gugino broke the law by being at the protest -- justified what happened to him, Gugino said he thought the curfew was "a mistake."

"People were coming to complain to the government, 'Black Lives Matter' -- a completely legitimate protest," Gugino said. "Did it endanger anything? No. What is the need to stop that?"

The Buffalo Police Benevolent Association said it was "extremely pleased" with the grand jury's decision.

"As we have stated all along, Officers McCabe and Torgalski were simply following departmental procedures and the directives of their superiors to clear Niagara Square despite working under extremely challenging circumstances," the union said.

Regardless of the level of force used against him, Gugino said police had no need to disperse a peaceful protest at all.

"There's no reason for the police to break that up, short of them thinking there's some kind of lawless action about to take place, clear and present danger to somebody over something. No. And the police need to know that, and the mayor...It wasn't really a curfew. It was an intent to suppress dissent. Clearly, an improper motive -- I'm sorry, you can't do that."