75% of US school districts report student meal debt. Here's what they're doing to combat the problem 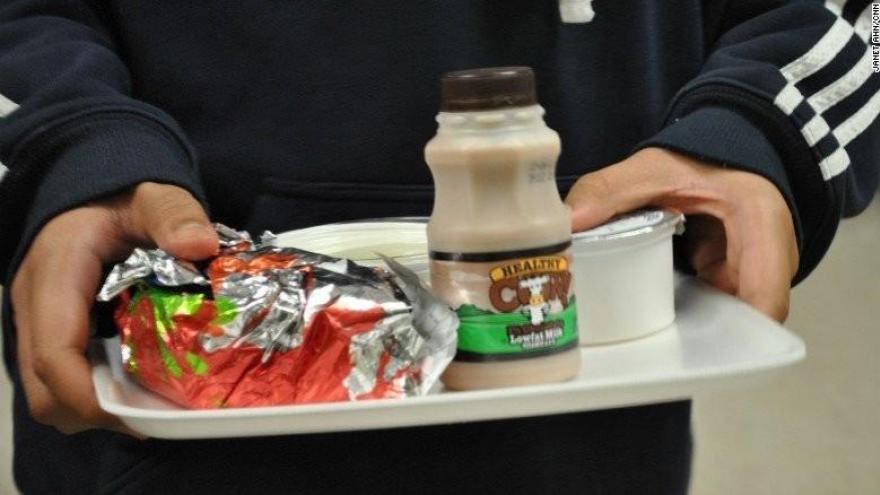 From college applications to bullying to drills for possible school shootings, students already have enough on their plate without having to worry about affording lunch.

(CNN) -- From college applications to bullying to drills for possible school shootings, students already have enough on their plate without having to worry about affording lunch.

After a Rhode Island school district recently prompted public outcry for giving cold meals to students who hadn't paid for lunches, yogurt company Chobani stepped in to relieve some of the financial pressure.

But Warwick Public Schools, which said it cracked down after accumulating $77,000 in lunch debt, was not alone in its predicament. Across the country, this issue keeps popping up.

Last month, a lunchroom employee in New Hampshire was fired for allowing a student to take food and pay the school back the next day. And in Minnesota, one high school attempted to prevent students from attending the graduation ceremony if they had lunch debt.

Three-fourths of school districts reported having unpaid student meal debt at the end of the 2016-17 school year, the School Nutrition Association said. And most of them aren't as lucky as Warwick to receive such a generous donation.

Families' inability to pay for school lunches is becoming an increasing problem.

Though the median amount of unpaid student meal debt for school districts is $2,500, there's significant variance. School districts reported debt ranging from the single digits to more than $856,000, SNA said.

Starting in July 2017, the US Department of Agriculture required schools to develop plans for students who have insufficient funds to pay for their meals. And although the USDA spends more than $22 billion a year on child nutrition programs, it prohibits schools from using federal funds to pay off meal debt.

"Once that debt is considered uncollectible ... then the school district is required to pay off the debt, and that would have to come from general funds," Pratt-Heavner said.

This means that schools already strapped for cash have to take out money for educational activities and materials to cover lunch money.

But schools are attempting to address the problem

Some states, including New Mexico, California, Oregon and Iowa, have passed laws prohibiting schools from singling out students and "shaming" them for having unpaid charges. For example, some schools stamped students' hands or had them complete chores.

Alternative meals such as the sun-butter-and-jelly sandwiches offered in Rhode Island, however, fall in a gray area. While some say alternative lunches allow schools to provide students a meal at a lower cost, critics say they still make kids feel self-conscious.

Schools have also have turned to crowdfunding and private donations to provide financial assistance. For example, one Seattle dad set up a GoFundMe fundraiser to cover lunch debt, raising more than $50,000. And a charity run in Philando Castile's name has spent tens of thousands of dollars to wipe out lunch debt of students in Minnesota's St. Paul Public Schools, where the late nutrition supervisor worked.

Although the average price of a middle school lunch is $2.68, the cost can add up for families, especially those with several children.

Kids from low-income families can receive assistance, though not all families apply and some are deemed ineligible.

"Providing universal free school meals would not only address this issue of unpaid meal charges, but it would recognize the fact that ... having a healthy meal in the middle of the day is necessary to school achievement," Pratt-Heavner said. "Hungry kids cannot learn."