72-year-old woman was quietly living in a dilapidated house; electrician sparked a community to help her rebuild 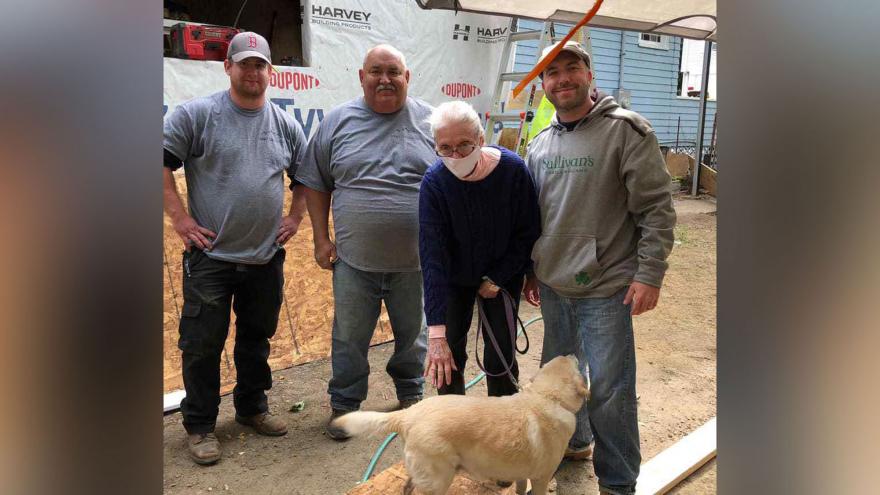 (CNN) -- When electrician John Kinney walked into Gloria Scott's home, in Woburn, Massachusetts, he quickly realized it was not going to be a quick job.

Scott had called because sparks were shooting out of one of her light fixtures. Once Kinney got the lights on, he realized it was just one of many issues plaguing Scott's home.

"There was extensive plumbing damage, there was holes in the ceiling, raccoons were getting in," he said.

She also didn't have proper running water in the house. Her kitchen sink was broken and would spew boiling water, so Scott would shut off the home's water supply turning it on only every couple of days to flush toilets. Scott, 72 and living alone, told Kinney she couldn't afford the repairs.

"It was definitely a hazard. It was a rough condition she was living in and I noticed immediately."

After leaving Scott's house, Kinney couldn't stop thinking about the woman alone in her run-down home. So the following Monday, he came back, pulled out his tools and got working -- for free.

"I knew she needed help and I knew she wasn't going to ask for it." 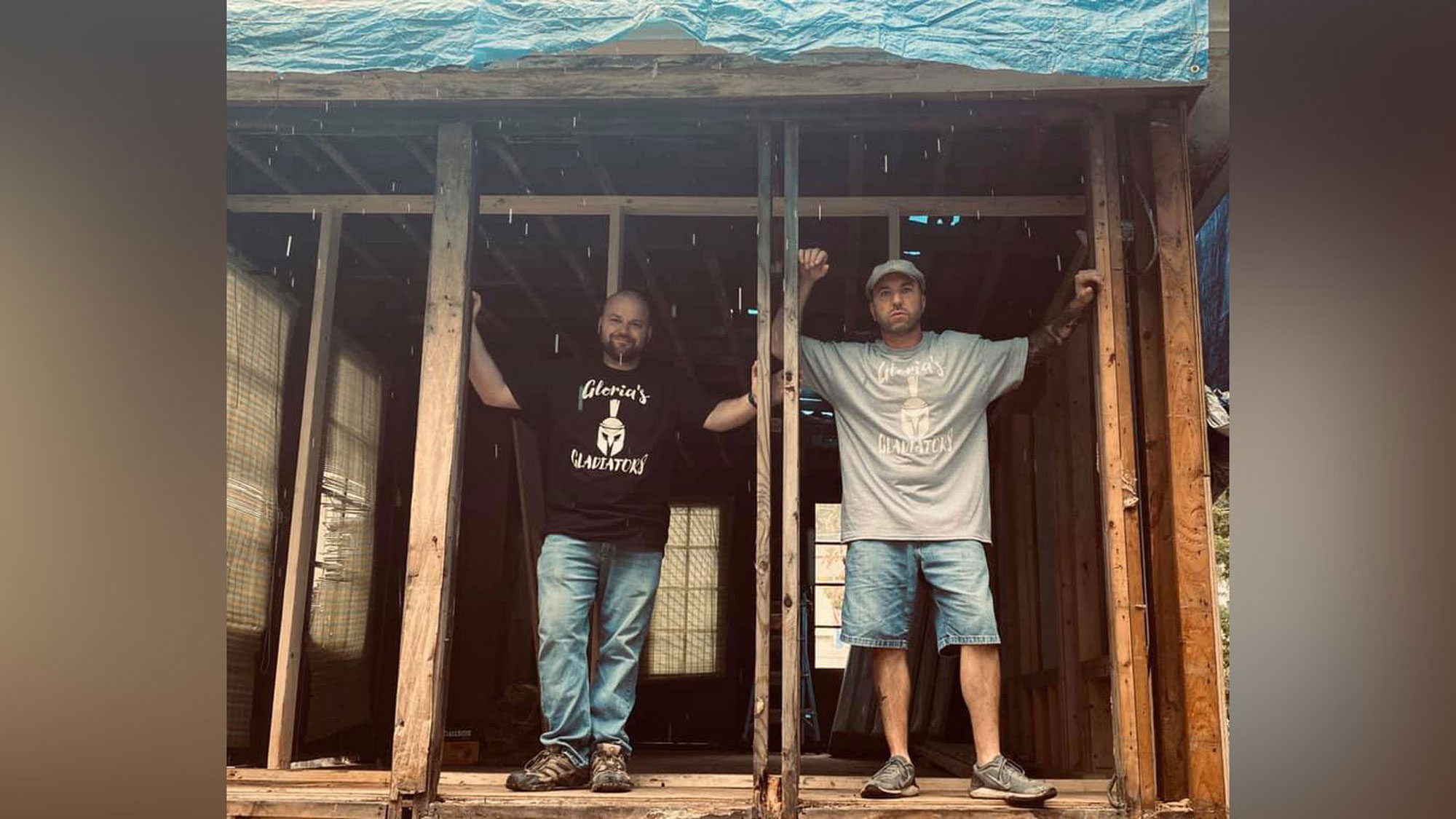 Kinney and some friends started helping out Scott with yardwork. But in order to make all the necessary fixes, Kinney needed more people to help. He started a fundraiser page titled, "Nice old lady needs help."

Within 24 hours, people had donated more than $3,500, and the amount has since topped $100,000. The money paid for skilled professionals to work on the house, but volunteers also showed up along with donated materials and supplies. And local restaurants are sending over meals.

For Scott, it wasn't just her house that was changing, but her whole life.

"She's been here by herself for over 10 years, so I'm sure it's a big change for her, but she's warmed up to everybody," said Kinney. "She's so happy, she's got all types of new friends. She's out here making lunch for us, laughing, joking. It's just a miracle to witness."

Now, over a month into the repairs, the electrical fix has turned into a full home renovation. Workers have installed a brand-new electrical system, plumbing system, new roof, new windows, new insulation, a fresh paint job, a new back porch and even new grass in the backyard.

Kinney thinks the repairs should take another few weeks "at least," but the work has sparked a movement: Gloria's Gladiators. The Gloria's Gladiators Facebook page currently has more than 6,000 members. Kinney said he hopes that chapters will start popping up around the country to help other elderly people in need.

"It's about getting the whole community to be gladiators and fighting for people who can't fight for themselves."

The work on Scott's house may be close to finished, but Kinney said the two of them have built an enduring bond over this project.

What started around a broken electrical fixture has lighted up both of their lives. 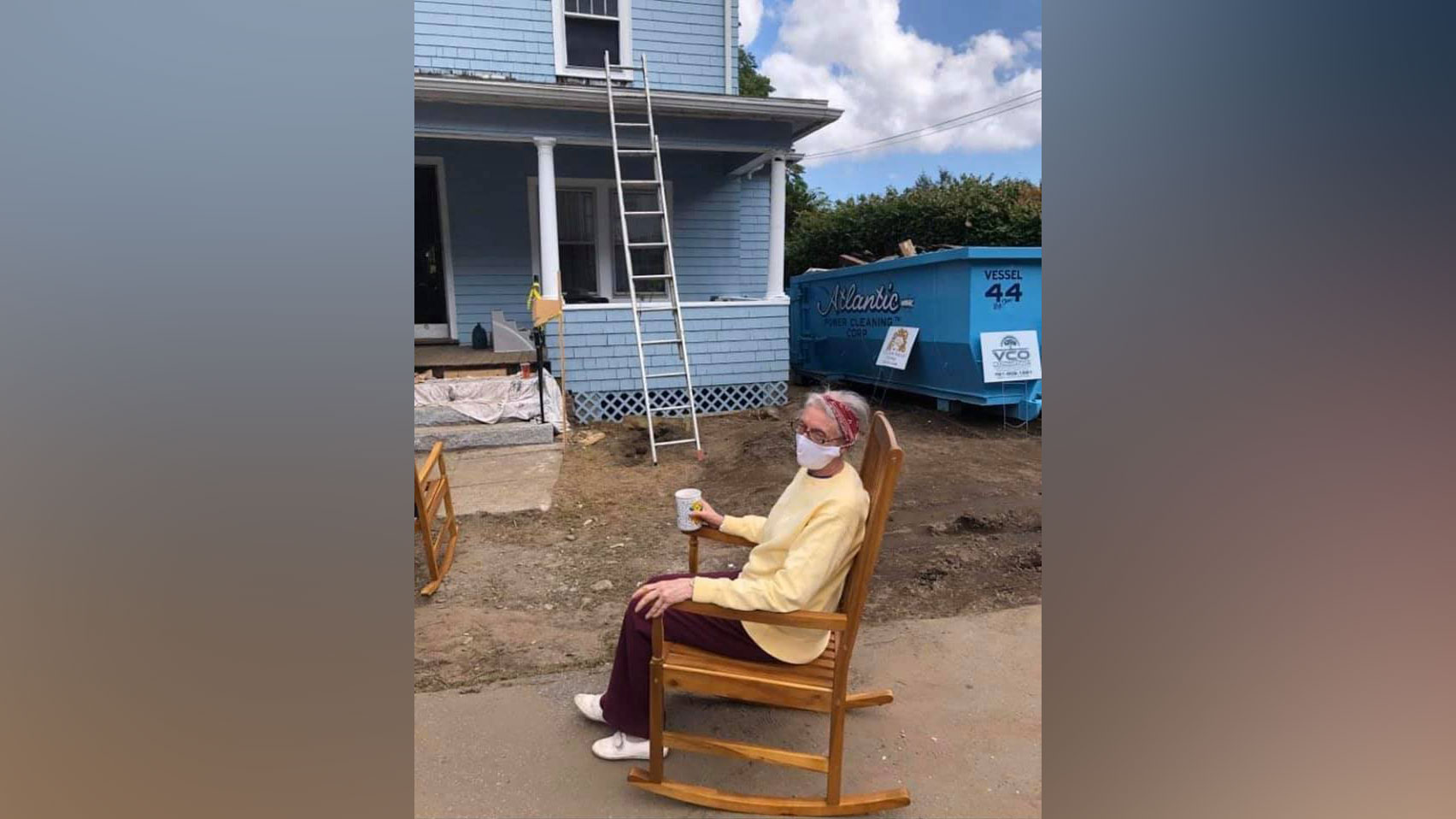