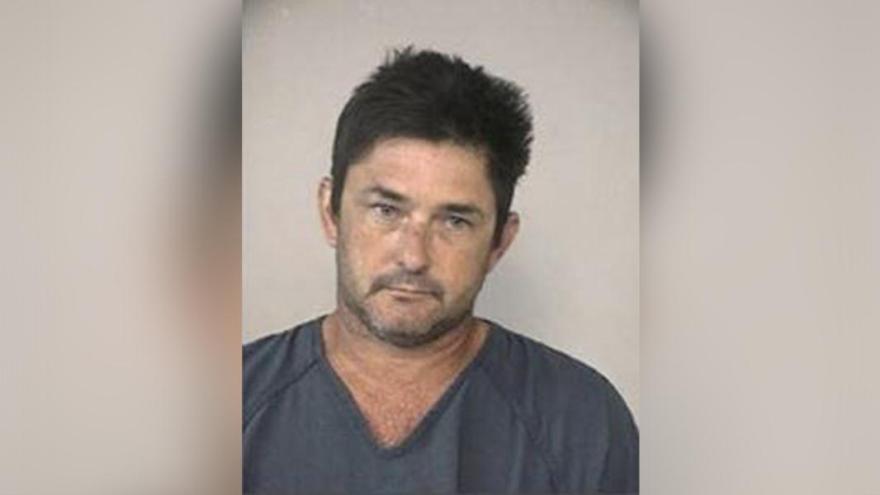 Samuel Cartwright, 47, was charged in connection with the mauling, the sheriff's office said.

(CNN) -- A 71-year-old man was mauled to death by seven dogs while he walked to a neighborhood store last Tuesday in Fresno, Texas, the Fort Bend County Sheriff's Office said in a statement.

Freddy Garcia was walking to a neighborhood store in Fresno on July 18 when he was fatally attacked by the pack of dogs, the sheriff's office said Friday.

Samuel Cartwright, 47, who owned all seven dogs, was arrested and charged in connection with the mauling, the sheriff's office said. It is unclear if Cartwright has an attorney at this time. CNN has reached out to the district attorney's office for more information.

"All seven dogs -- who are a pit bull mixes -- were captured by sheriff's deputies and Animal Control," the sheriff's office added.

Cartwright was booked into the county jail on Thursday and charged with "attack by dog resulting in death," a second-degree felony, according to jail records. His bail is set at $100,000.

Prior to his arrest, CNN affiliate KTRK spoke with Cartwright, who said the dogs do not belong to him and that he called animal control as soon as he spotted them on his property.

"There's 20 dogs around here right now. If you drive down this back street, there will be 20 loose dogs running around," he said. "People just dump them around here. The dogs go wherever they can find food."

Garcia's granddaughter, Ivon Fajardo, mourned her grandfather in the interview with KTRK.

"He was youthful. He was full of life. He liked to dance. He liked to sing. He was really joyful," Fajardo said in Spanish. "We would get together on the weekend and enjoy each other's company. Now, that he's not here. It's not going to be the same."

Sheriff Eric Fagan said in a news conference Tuesday that Garcia had done nothing to provoke the animals.

"He was walking down the street. He was not in anyone's yard, he was walking to the store when he was attacked," he said. "He had nothing in his hands. The dogs just attacked him for no reason and no provocation whatsoever."