7 people were killed after a Hawaii tour helicopter crashed and caught fire; authorities will soon recover the wreckage 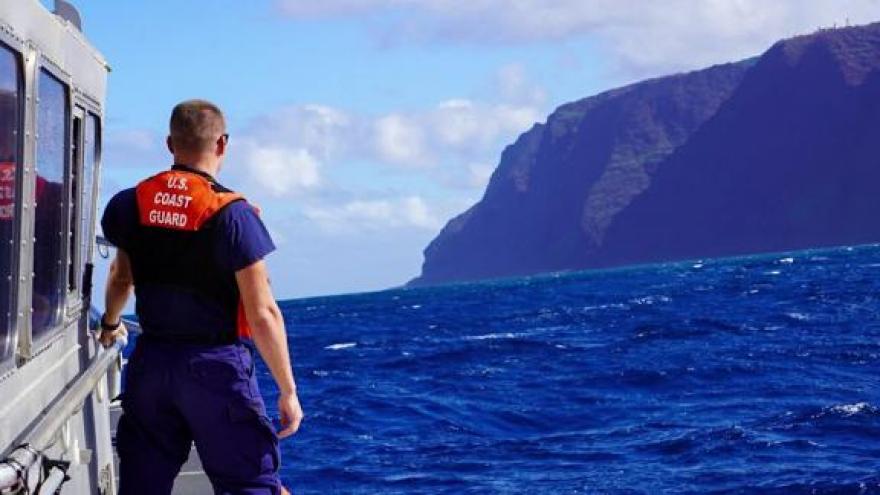 (CNN) -- Investigators with the National Transportation Safety Board are working on coming up with plans to recover the wreckage of a tour helicopter that crashed in Hawaii, killing seven people.

The helicopter crashed into a ridge on Thursday about 25 minutes after taking off from Lihue Airport, the agency said in a news release. It then fell about 100 feet and was engulfed in flames, theNTSB said.

On Monday, an NTSB investigator flew over the site to evaluate conditions and take photos of the wreckage's path, the agency said.

"In the coming days the wreckage will be moved to a secure location where investigators will conduct a more thorough examination of the recovered evidence," it said.

The aircraft -- which was operated by Safari Helicopters, Inc. -- was equipped with an electronic locator, but officials did not receive a signal from it, Coast Guard Chief Petty Officer Sara Muir told CNN.

Local authorities handed over the investigation to the NTSB last week after suspending recovery efforts for the crash.

"We offer our continued condolences and prayers to the families and friends of the victims," Kauai Police Department Assistant Chief Bryson Ponce said in the statement. "As we continue to search for and recover evidence pertinent to this tragic helicopter crash, we hope to bring some sense of closure to the loved ones of the victims."

All of the victims have been identified

On Tuesday, a KPD spokesperson identified the members of a Swiss family believed to have been aboard the helicopter.

Autopsies of the remains recovered at the crash site are being conducted, a police official told CNN.