7 Midwestern governors announce their states will coordinate on reopening 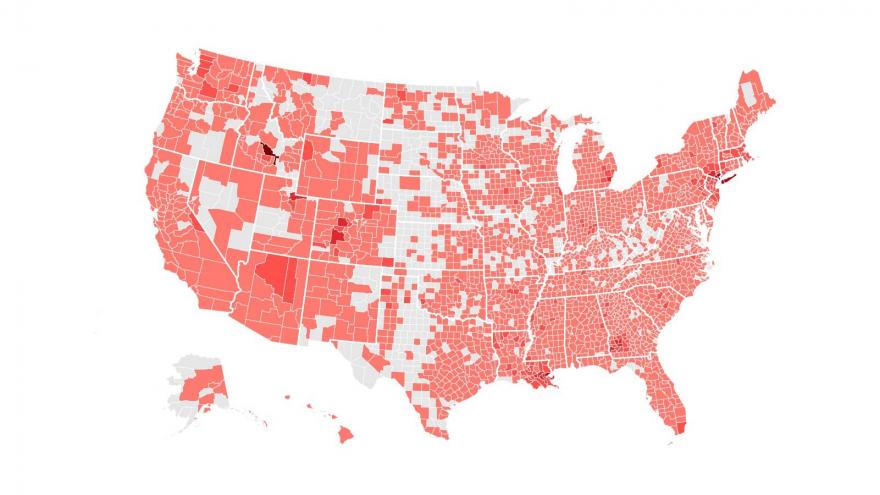 The governors of Michigan, Ohio, Wisconsin, Minnesota, Illinois, Indiana and Kentucky announced Thursday that they will work in close coordination to reopen the Midwest regional economy in the wake of the coronavirus pandemic.

(CNN) -- A bipartisan group of governors of Michigan, Ohio, Wisconsin, Minnesota, Illinois, Indiana and Kentucky announced Thursday that they will work in close coordination to reopen the Midwest regional economy in the wake of the coronavirus pandemic.

The announcement came in a news release from Democratic Michigan Gov. Gretchen Whitmer, sent on behalf of all the participating governors.

"Our number one priority when analyzing when best to reopen our economy is the health and safety of our citizens," the governors said in a joint statement.

"We will make decisions based on facts, science, and recommendations from experts in health care, business, labor, and education," the statement added.

The governors said they will focus on at least four factors in determining the ideal time to reopen their states' economies: sustained control of new infection and hospitalization rates, enhanced testing and tracing capabilities, adequate health care capacity to respond to a resurgence and best workplace social distancing techniques.

The governors noted that their decision to work together "doesn't mean our economy will reopen all at once, or that every state will take the same steps at the same time. But close coordination will ensure we get this right."

Similar collaborations have been undertaken by governors in recent days on the West and East coasts. Meanwhile President Donald Trump -- who has claimed "total" authority in reopening states -- is announcing new guidelines for states on Thursday to prevent spreading the virus while reopening the economy.

The White House provided a document to all 50 US governors during an afternoon phone call, suggesting milestones for when states should begin easing social distancing recommendations.

These include a sustained decrease in cases over a 14-day period, a return to pre-crisis conditions in hospitals and capabilities "to quickly set up safe and efficient screening and testing sites" as well as "quickly and independently supply sufficient Personal Protective Equipment" in hospitals, according to the document, which was obtained by CNN.

Trump has worked to shift blame to governors over the shortcomings in the federal government's response to the coronavirus outbreak and has long-standing clashes with several who are Democrats.

Two of the governors involved in the new group -- Republican Ohio Gov. Mike DeWine and Democratic Wisconsin Gov. Tony Evers -- made announcements on Thursday afternoon that suggest their states are looking toward how to reopen.

DeWine said in a news briefing that he is developing a plan for a new phase of the state's response to coronavirus to start on May 1. Details of the new phase will come in the next few weeks, DeWine said.

He added that talks need to continue with his group of economic advisers and speak with school district superintendents about how to reopen schools and businesses in the state, he said. The plan is to issue new guidance when they determine the best steps to move forward, DeWine said.

Evers, meanwhile, extended his state's stay-at-home order until May 26 but loosened some restrictions on businesses, a statement from the governor's office read.

Starting April 24, Wisconsin golf courses will be allowed to open again, and public libraries and arts and crafts stores may offer curbside pickup, the announcement said. However, the statement also notes that the state's public and private K-12 schools will remain closed for the remainder of the 2019-2020 school year.

The order also directs essential businesses to ramp up disinfection and for retail stores to limit the number of people inside stores.

"The order implements some new measures to ensure safety and support the progress we've made in containing Covid-19, but also allows certain activities to start up again," the statement read.

On Monday, Democratic New York Gov. Andrew Cuomo said his state, New Jersey, Connecticut, Pennsylvania, Delaware, Rhode Island and Massachusetts each plan to name a public health official, an economic official and each governor's chief of staff to a regional working group that will begin work immediately to design a reopening plan.

Later that day, the West Coast states of California, Washington and Oregon also announced they were joining forces in a plan to begin incremental release of stay-at-home orders. The three states' governors will collaborate on their approach to getting back to business "in a safe, strategic, responsible way," as announced by California Democratic Gov. Gavin Newsom.

The Midwest group is unique in facing significant resistance to the governors' efforts to restrict public mobility for the sake of limiting the virus's spread. In Michigan, protesters in cars on Wednesday jammed the streets of the state's capital in what organizers called "Operation Gridlock."

Kentucky Democratic Gov. Andy Beshear announced Wednesday, over the noise of demonstrators marching around the Kentucky Capitol to protest closed businesses, that the state would be entering into a regional partnership with Ohio and Indiana.

In Ohio, protesters organized a rally at the Statehouse on Monday during a news conference with DeWine and other state officials, CNN affiliate WCMH reported.