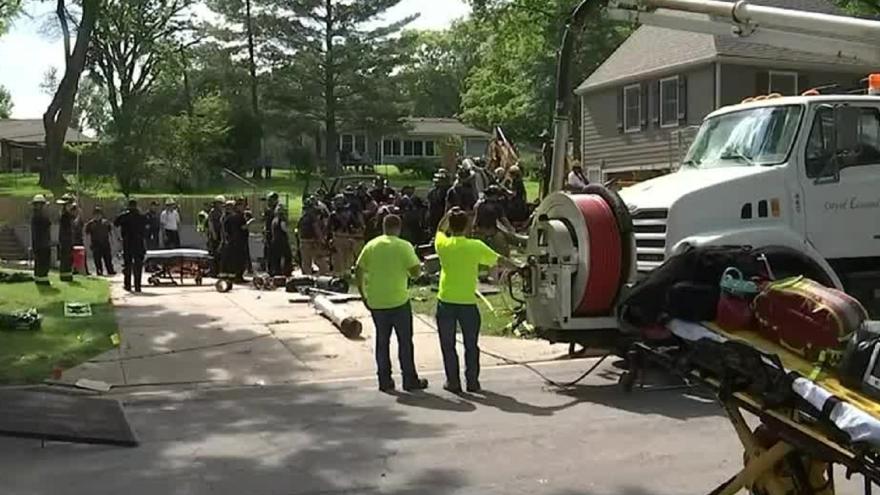 LEAWOOD, Kansas (KCTV) -- A construction worker is recovering after first responders rescued him from a trench collapse near Meadow Lane and 103rd Terrace in Leawood, Kansas.

Joe Odom, who is 86, says his 66-year-old son was working on a sewer line when a trench collapsed on him. His son was taken to the hospital in stable condition after a two-hour rescue.

Firefighters were called around 2:50 p.m. When they arrived, they found the worker trapped by dirt.

“About 10 feet deep, buried from his waist down, conscious and communicating with us,” Leawood Fire Department Deputy Chief Jarrett Hawley said.

Odom said he and another worker tried to start digging him out.

“It is much quicker doing that than bringing it out a bucketful at a time,” Hawley said.

A representative from OSHA was on-scene Friday evening. Leawood Codes Administration was also notified. The incident is under investigation.