A 3,000% jump in jobless claims has devastated the US job market 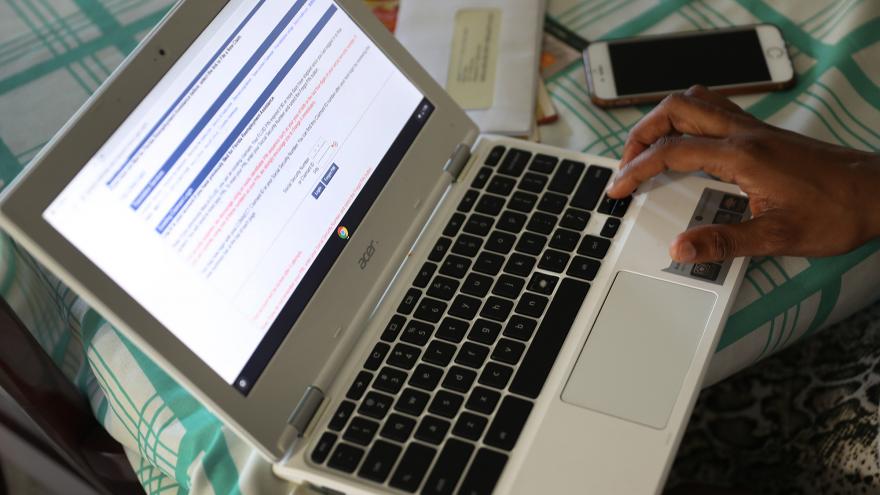 (CNN) -- The last three weeks have marked one of the most devastating periods in history for the American job market, as first-time claims for unemployment benefits have surged more than 3,000% since early March.

Businesses continue to lay off and furlough workers amid the coronavirus outbreak.

6.6 million US workers filed for their first week of unemployment benefits in the week ending March 28 — a new historic high.

That was far greater than economists had expected, and more than 3,000% the pre-pandemic levels. Unemployment claims at this level suggest a severe job market decline hardly any American alive has ever seen in their lifetimes.

Economists characterized the increase as "monstrous," "stunningly awful," and "a portrait of disaster."

Including the prior week's 3.3 million initial claims, Americans have filed nearly 10 million jobless claims in the last two weeks alone.

Claims had been hovering in the low 200,000s each week preceding the coronavirus outbreak.

This "tectonic shift" in the US labor market "implied a real-time unemployment rate of 10.1% at a minimum," said Joseph Brusuelas, chief economist at RSM.

As companies continue to close their doors and shed workers to limit the spread of coronavirus throughout the population, more workers will need government aid to make ends meet.

Brusuelas said in his view, the Trump administration should work on a next-phase fiscal aid package to "target plugging the holes that are being blown in state and local budgets, in addition to Federal Reserve purchases of state and municipal debt." The government passed the CARES Act to combat the effects from the coronavirus outbreak last week.

The March jobs report, which is due Friday at 8:30 am ET, is not expected to look quite as dire. The Refinitiv consensus estimate is for a loss of 100,000 jobs, with the unemployment rate inching up to 3.8%, from its historic low of 3.5%.

The March report will be more muted because the survey it is based on concludes around the middle of the month -- which was before millions of Americans filed for unemployment benefits for the first time.