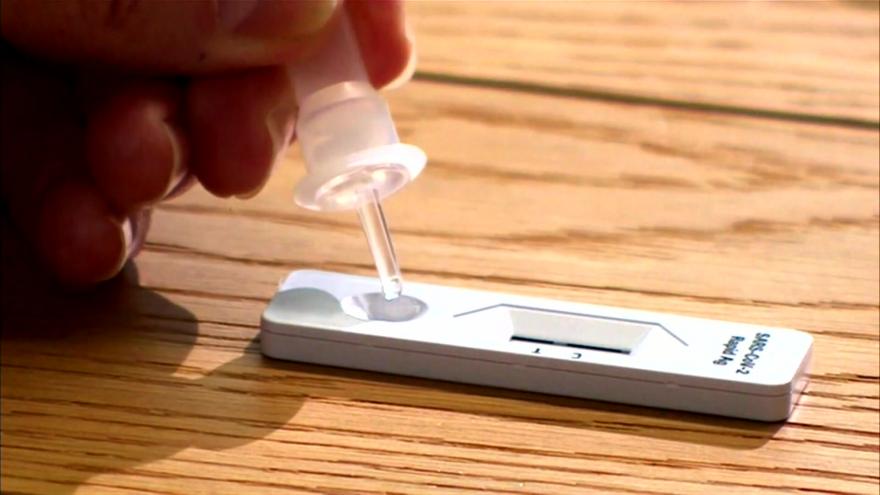 The White House said some 60 million households have requested free Covid-19 rapid tests so far, with tens of millions tests having "gone out the door" as part of the Biden administration's program to mail more than half a billion rapid tests to Americans around the country.

(CNN) -- The White House said on Friday some 60 million households have requested free Covid-19 rapid tests so far, with tens of millions tests having "gone out the door" as part of the Biden administration's program to mail more than half a billion rapid tests to Americans around the country.

This means the federal government has about 260 million tests still on hand out of the initial order of 500 million, which is enough for an additional 65 million households.

White House principal deputy press secretary Karine Jean-Pierre told reporters during a gaggle aboard Air Force One that the federal government has also shipped out tens of millions of N95 masks to locations across the country, as part of the administration's plan to distribute 400 million free masks at convenient locations nationwide.

"Since COVIDtests.gov launched formally last week, approximately 60 million households have placed orders for their free tests. Already, tens of millions of tests have gone out the door and households around the country are already receiving tests so that people have tests on hand if need arises," she continued.

The President announced his plan to make half a billion tests available to Americans by mail last month ahead of Christmas, as the Omicron variant was surging across the US.

According to the US Centers for Disease Control and Prevention, Covid-19 cases and hospitalizations are starting to decline in the US, but deaths are rising and community transmission levels remain high.

The government website to request free rapid Covid-19 tests formally launched last week, allowing people to order a maximum of four tests shipped directly to their household. Those tests, the administration has said, are expected to ship seven to 12 days after being ordered.

Overall, the Biden administration has pledged to acquire 1 billion rapid tests -- initially the 500 million to distribute by mail to Americans for free, with another 500 million announced recently to meet future demand.

Biden's recently launched plan to distribute 400 million N95 masks nationwide is expected to be the largest deployment of personal protective equipment in US history.

The masks are coming from the the Strategic National Stockpile and are expected to be made available at a number of local pharmacies and community health centers, where there will be a limit of three masks per person.