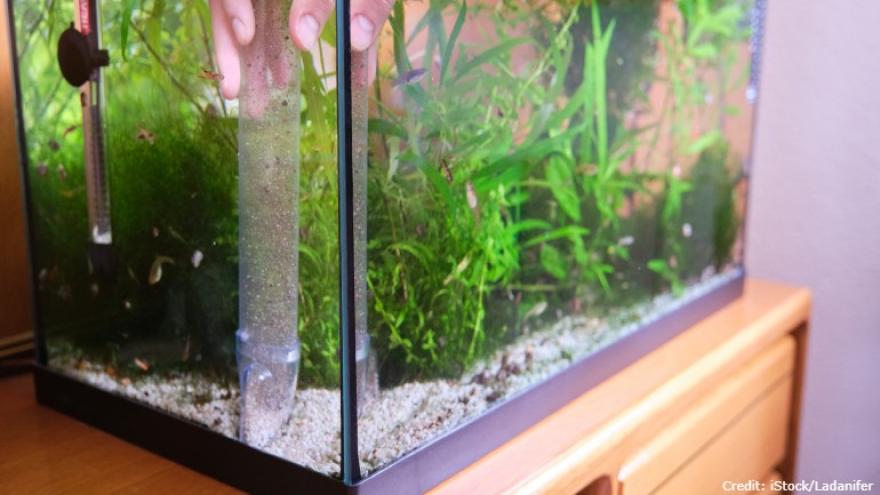 MURRYSVILLE, Pennsylvania (KDKA) -- A 6-year-old boy saved his baby brother after the infant fell into a fish tank and nearly drowned.

A 911 call came in for a potential drowning at a home in the 5200 block of Sardis Road in Murrysville. When Murrysville police and first responders walked inside, they saw what they were dealing with.

Det. Sgt. Tom Kusinsky says when they walked in, a 9-month-old child was laying on the floor, his skin blue with no sign of a pulse.

The baby boy, who family told police is very mobile, bulled through baby gates and climbed into a full 55-gallon fish tank that had been set up on the floor of the home.

The mother of the victim told police her 6-year-old son was the one who let her know what had happened only after some personal heroics of his own.

“The big brother actually pulls little brother from the tank and runs out and gets mom. Mom comes in and calls 911,” Kusinsky told KDKA’s Ross Guidotti.

Paramedics were able to get the baby breathing again. The child was flown to Children’s Hospital in Pittsburgh.

As strange as this scenario sounds, it’s not uncommon. According to the federal government, every year at least 50 children drown as a result of falling into buckets, toilets, bathtubs and several in large fish tanks. As of now, investigators say the whole thing appears to have been an accident.

Investigators say the officers and first responders on the scene did great work but none of it would have happened if not for a brave big brother looking out for his little brother.

The family tells police the victim continues to recover at Pittsburgh’s UPMC Children’s Hospital and that the next 72 hours are key but they’re cautiously optimistic about the baby’s recovery.