6-year-old girl killed and 5 adults injured in a shooting in Washington, DC 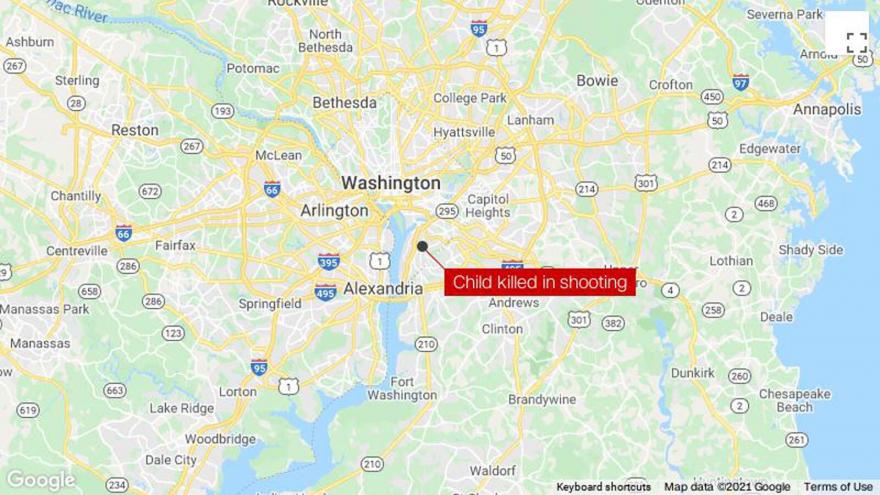 A 6-year-old girl was killed and five adults were injured in a shooting in Washington, DC, on Friday night, officials said.

(CNN) -- A 6-year-old girl was killed and five adults were injured in a drive-by shooting in Washington, DC, on Friday night, officials said.

The incident happened shortly after 11 p.m. in the southeast part of the district.

In a video released by DC police, a silver or gray vehicle can be seen driving through the intersection of Martin Luther King Jr. Avenue SE and Malcom X Avenue SE, and several gunshots can be seen being fired from the car.

The child was identified as Nyiah Courtney, according to Metropolitan Police Department Chief Robert Contee.

The chief announced a $60,000 reward for information at a press conference Saturday.

"The cowards who committed this crime came into this community without any regard for human life, without regard for Nyiah's life, and opened fire, and that cannot and will not be tolerated," Contee said.

Mayor Muriel Bowser tweeted Saturday that "our city is heartbroken" and that "there is no way to make sense of the callousness or cruelty" in the taking of a child's life.

"We will never accept gun violence as normal, & we must never allow people to get away with murdering our children," she added, urging the public to contact police with any information about the incident.

The shooting is the latest in a spate of gun violence that has gripped US cities this summer. There have been 361 mass shootings so far this year, according to the Gun Violence Archive (GVA). CNN defines a mass shooting as four or more people shot, not including the shooter.

With states lifting Covid-19 restrictions and more people out in warmer weather, cities have been experiencing a surge in shootings and homicide numbers.

"We're going to do all that we can, but we need help," Bowser said later Saturday. "We need to know who needs our help before they pick up a gun wantonly shooting in a street in our community."

"So that's our plea for everybody else. Our plea for Nyiah is that we find out who killed her," she added.

Metropolitan Police Department Executive Assistant Chief Ashan Benedict said officers in the area heard gunshots and, as they arrived on the scene, a group of people directed them to those who were shot.

The child was taken to a local hospital, where she was pronounced dead, Benedict said.

No arrests have been made, according to Benedict.

"There is too much gun violence still perpetuated in this city," said Benedict, who asked the public to assist in identifying any suspects while authorities continue to investigate.