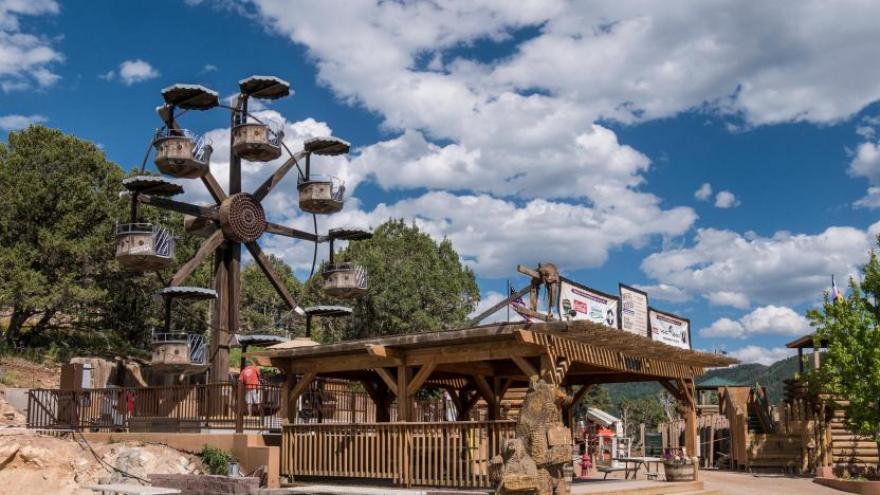 A 6-year-old girl was fatally injured while riding an amusement park ride in Glenwood Springs, Colorado, according to the Garfield County Coroner's Office.

(CNN) -- A 6-year-old girl was fatally injured while riding an amusement park ride in Glenwood Springs, Colorado, according to the Garfield County Coroner's Office.

The child, from Colorado Springs, was vacationing with her family and they visited Glenwood Caverns Adventure Park on Sunday, according to a statement from the coroner's office.

"Perched on top of Iron Mountain, the new attraction drops riders 110 feet down inside the mountain as they listen to ghostly mining tales from days gone by," reads a press release from 2017, when the attraction opened.

The nature of the unidentified victim's injuries was not immediately available and an autopsy is scheduled for this week, the coroner's office said Monday.

The statement said the incident is being investigated by the sheriff's and coroner's offices. It did not provide any details on what might have happened.

Some of the rides have age and height requirements, according to the park's website. The Haunted Mine Drop has a height minimum of 46 inches.

"We are deeply saddened and ask that you please keep the family of the deceased in your thoughts and prayers," the amusement park said in a statement posted to its website.

Glenwood Caverns Adventure Park said it would be closed until Wednesday following the fatality.