6-year-old donates books to public library for his birthday 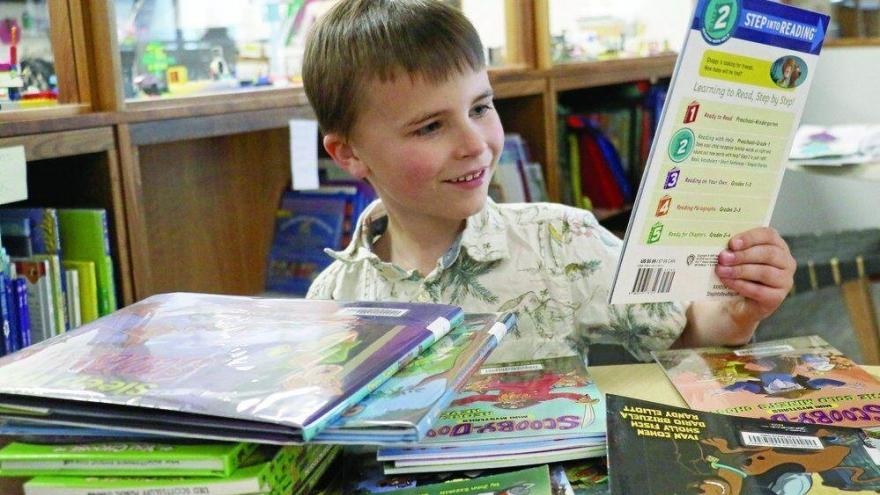 SCOTTSBLUFF, Nebraska (Star-Herald) -- With some encouragement from his mom Jacqueline and dad Daniel, Theodore de Peyer, of Scottsbluff, used his sixth birthday as an opportunity to give rather than receive.

“We said how about instead of some presents this year, we do a donation to something,” Jacqueline said of Theodore’s February birthday. “We give back, because we had been talking a lot about people that are less fortunate than us and other things.”

After making a list of a few area places that could use donations, which included the YMCA and the zoo, Theodore settled on the Lied Scottsbluff Public Library to be the recipient of his birthday gift.

Theodore said he chose the library because he enjoys playing there, going to Lego Club and attending storytime each week. When he told children’s librarian and interim library director Deb Carlson what he was doing, Carlson said she was overjoyed and impressed.

“We’ve had people that do memorials and special occasions, but they’re not typically children,” she said. “…It just seemed so special, and his excitement about it and the idea of the giving rather than getting — we need to do, I think, more of that with our kids nowadays. So, it was just really, really fun for us at the library to get to do something like this.”

Jacqueline said she called up Carlson and said she could give a certain amount of money and the library could do what it wanted with it. Carlson decided that she would update the library’s Scooby-Doo collection, as it was worn down with its popularity, especially with Theodore.

“I like (Scooby-Doo) because they solve the mysteries, but the most thing I like of Scooby-Doo is the monsters,” Theodore said.

Carlson said she wanted to get the Scooby books in honor of Theodore’s generosity.

“Since the gift to purchase books was coming from Theo, I felt it was important to get books he would personally enjoy, and our Scooby books were getting pretty ratty from so many checkouts,” she said. “So, when I asked if there were books he’d like to have the library buy, and he said Scooby-Doo, it was a win-win.”

The process of getting the books was a little tedious, as many hardbacks were not in stock. However, the Lied Scottsbluff Public Library officially put 25 new Scooby-Doo books on the shelves on Thursday, April 28. Theodore got to see all the books that day and be the first to check any of them out. While he acted a bit shy, Jacqueline said she knew he couldn’t wait to get his hands on the books.

“I know that he’s really excited, just seeing his face when he saw the stack (of books),” Jacqueline said.

Each book even had a special sticker book plate that says, “This book was gifted to the library by Theodore de Peyer in celebration of his sixth birthday.”

Carlson said she hopes the library could be doing similar book plates in the future as other patrons might be inspired to make this kind of a donation, either at the Scottsbluff or any other local library.

“I also thought it was great because it will maybe make other parents or grandparents think about this,” she said. “They always express interest and they want to help or contribute sometimes, but I think they’re at a loss for how to do that. This just opened up (the opportunity to do that).”