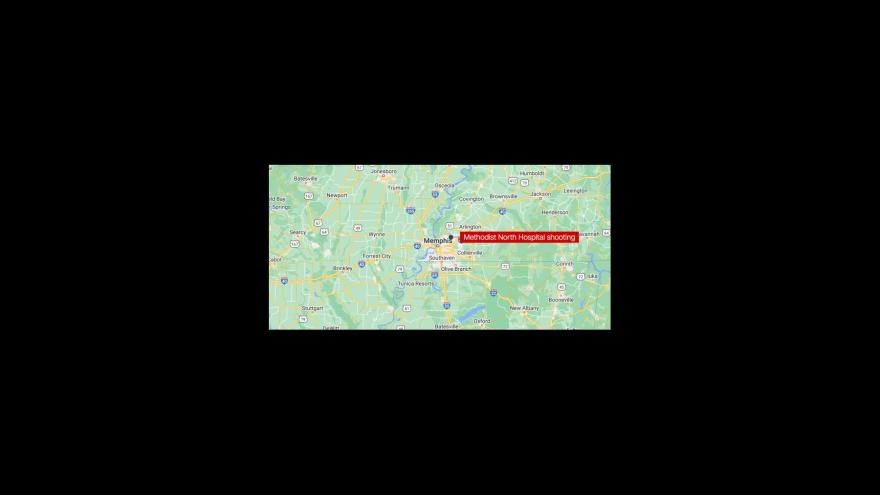 Officers were on a traffic stop near Raleigh LaGrange Road around midnight and heard "multiple shots" and saw a white SUV fleeing, Memphis Police said in a report.

At an apartment complex nearby, police said they found a white SUV that had one part of a gas pump still hanging from the gas tank and also had bullet holes. The car had been reported missing from the town of Collierville, roughly 30 minutes away.

At about 12:47 a.m., officers responded to the Methodist North Hospital, where six shooting victims had arrived at the emergency room, according to police. A car that had been hit by gunfire was found nearby, police said.

The incident is among more than 400 mass shootings this year in the United States, according to the Gun Violence Archive, which defines such incidents as those in which at least four people are shot, not including a shooter.

Investigators determined 19-year-old Reginald Felix was with a 16-year-old and a 17-year-old in the stolen white SUV early Tuesday when they were shot at near Raleigh LaGrange Road -- where officers had first heard shots that night, according to the police report.

A fourth victim was struck at that location and was taken to the hospital by a private vehicle, authorities added.

A 14-year-old and a 25-year-old drove Felix and the two teens from the apartment complex where the SUV was found to the hospital. While en route, they were also shot at by "unknown suspects," police said.

The five injured victims abandoned their car and ran to the hospital, police added.

Felix, who was among those released from the hospital, was charged with theft of property between $10,000 and $60,000, according to police. Shelby County jail records show Felix remained in custody Tuesday afternoon. It is unknown if he has an attorney.

The 16-year-old, who was also released from the hospital, was taken to juvenile court and also charged with theft of property between $10,000 and $60,000. The 17-year-old, still being treated, is in custody and will face the same charge, police said.

Authorities don't know if the suspects and victims are known to each other, police said, adding that the investigation is ongoing.

No hospital employees were injured in the shooting, Methodist Healthcare in Memphis said in a statement.

At the hospital, employees guided patients away from the emergency department waiting area while the medical facility's security team and Memphis police responded to the shooting, it said. The patients were treated and taken to Regional One Health and Le Bonheur hospitals.