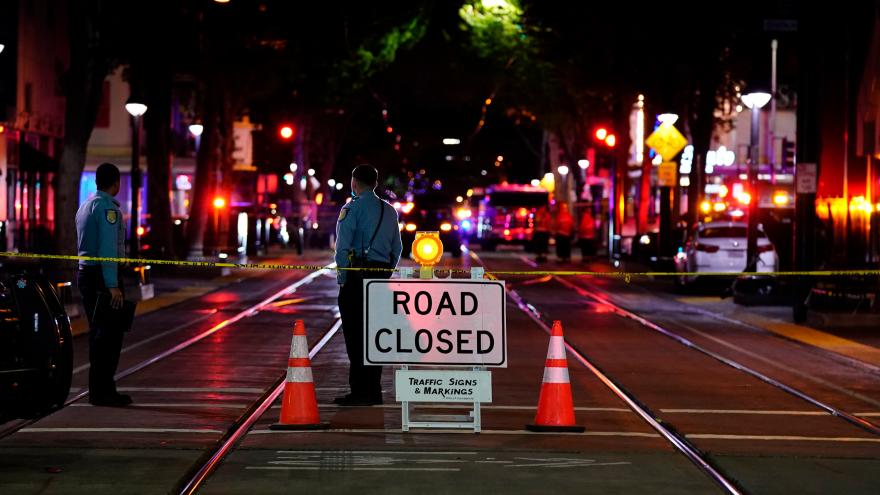 Another 10 people were injured in the melee near 10th and K streets, Sacramento Police Chief Katherine Lester said.

"9th St to 13th St is closed between L St & J St as officers investigate a shooting with multiple victims," Sacramento police tweeted. "Conditions unknown at this time. Please avoid the area as a large police presence will remain and the scene remains active."

A large crowd was gathered in the area when gunfire erupted around 2 a.m., Lester told reporters Sunday morning.

But it was unclear whether the crowd was connected to a particular venue or event, Lester said.

The shooting scene is within a few blocks of several notable landmarks: the California State Capitol, Sacramento City Hall and Golden 1 Center, where the Sacramento Kings are scheduled to play Sunday night.

Lester said the area around the scene of the shooting is now secure, but police did not have a description of the suspect.

"Words can't express my shock & sadness this morning," the mayor tweeted. "The numbers of dead and wounded are difficult to comprehend. We await more information about exactly what transpired in this tragic incident."