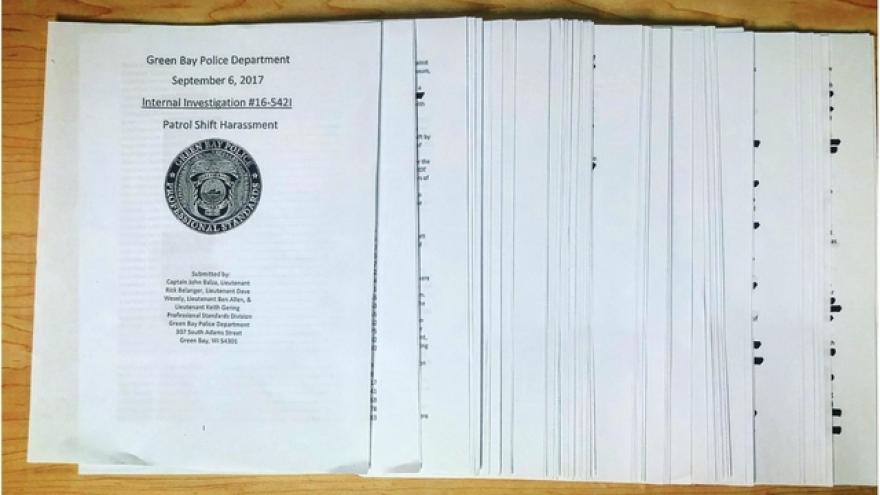 GREEN BAY, Wis. (AP) — An internal investigation into harassment and bullying by Green Bay police officers on the night shift has resulted in discipline against six officers.

A 249-page report released to media outlets through open records requests says as many as nine officers harassed and bullied eight colleagues on the night shift in 2016, including using racial slurs and other inappropriate conduct while on duty.

While six were disciplined, three other accused officers resigned. The findings included a male officer who created a hostile work environment by making sexual comments in the presence of a female colleague and who used a racial slur to refer to African Americans.

The six received unpaid suspensions ranging from one day to 30 days, and were ordered to undergo sensitivity training.