6 Capitol Police officers suspended, 29 others being investigated for alleged roles in riot 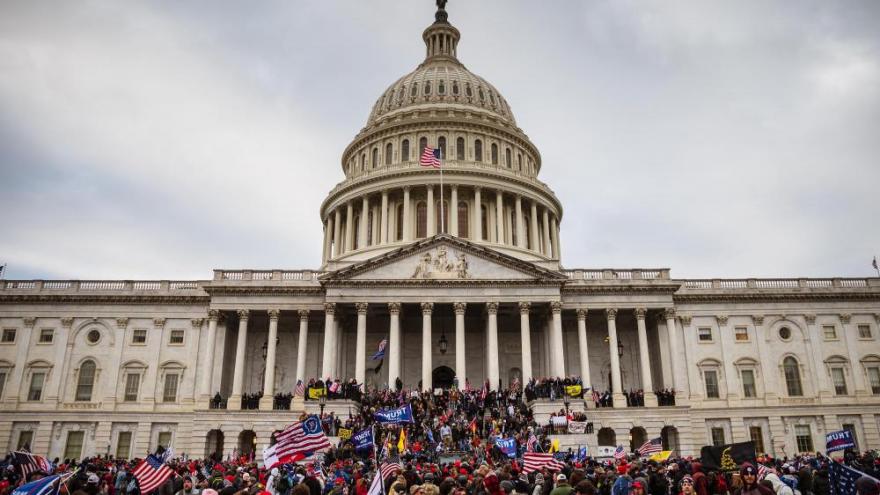 Six US Capitol Police officers have been suspended with pay, and 29 others have been placed under investigation, for their actions in the January 6 riot. A pro-Trump mob stormed the Capitol on January 6.

(CNN) -- Six US Capitol Police officers have been suspended with pay, and 29 others have been placed under investigation, for their actions in the January 6 riot, a department spokesman said Thursday.

"Acting Chief Yogananda Pittman has directed that any member of her department whose behavior is not in keeping with the Department's Rules of Conduct will face appropriate discipline," department spokesman John Stolnis told CNN.

CNN reported in January that the USCP had placed at least 10 officers under investigation, and two others had been suspended.

One of the suspended officers took a selfie with someone who was part of the mob that overtook the Capitol, according to Rep. Tim Ryan, a Democrat from Ohio. Another wore a "Make America Great Again" hat and started directing people around the building, Ryan said.

Last month, Pittman said the department "has been actively reviewing video and other open source materials of some USCP officers and officials that appear to be in violation of Department regulations and policies."

The suspensions and investigations come at a time of internal turmoil at the department as officers continue to grapple with the insurrection that led to the death of Officer Brian Sicknick. Members of the Capitol Police issued a vote of no confidence in the force's top leaders earlier this month.

At least seven officers in five other departments across the country have come under internal investigations as their presence in Washington during the assault comes to light through social media or other means.

One officer in New York, one in Philadelphia, two in Seattle, two in Virginia and one in Texas are under investigation by their departments for potential rules violations. Additionally, some departments have been contacted by the FBI as part of their criminal investigation into the overrunning of the Capitol.

The number may grow as investigators and the public sift through social media and lodge allegations that officers may have been involved in the siege.