55 years later, the salesman who sold the first Ford Mustang built will be reunited with it 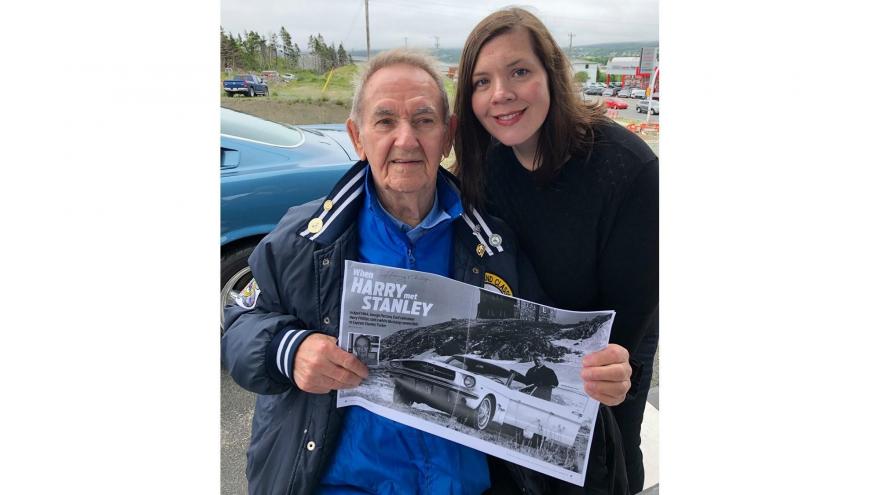 (CNN) -- A retired salesman in Canada is heading to the Henry Ford Museum in Dearborn, Michigan, to be reunited with a Ford Mustang he accidentally sold 55 years ago.

Ahead of the launch of the Ford Mustang in 1964, car dealerships were sent a preproduction vehicle to display. They weren't intended to be sold to customers, but one -- with the very first Mustang serial number -- was purchased by a pilot in Newfoundland.

Harry Phillips, a salesman at George G.R. Parsons Ford in St. Johns, Newfoundland, told CNN it was the "easiest" sale he ever made.

The brand-new Mustang had just been shipped to the dealership from the factory, and it sat on display near the road. It was a "revolutionary car" of the times, Phillips said.

It was a convertible that donned the color Wimbledon white with black interior and quickly caught the attention of an airline pilot, Capt. Stanley Tucker.

"He saw it on the road and I was the lucky one that was closest to him at the time," Phillips said. "He looked at it and said, 'It's mine.'"

The car sold for 4,300 Canadian dollars, according to Phillips.

The official launch date for the Mustang was April 17, 1964, but Tucker bought it on the 14th, according to Matt Anderson, curator of transportation at the museum.

With that in mind, Tucker made a deal with the dealership that he'd buy it but let it stay on the lot for display for a couple of weeks.

"We moved the car into the showroom that day," Phillips said. "He came in every day to check it out and make sure no one did anything to it."

Phillips still didn't know the importance of the model until a few months later, when there was a scramble to find out where the Mustang with serial number 5F08F100001 had gone.

"That vehicle was a preproduction and meant to be sent back to Ford," said Anderson.

It took Ford two years of negotiating with Tucker to get the vehicle back. In exchange for the first Mustang built, Ford gave him the one-millionth -- a 1966 model with all the bells and whistles.

The car was put in storage and in 1984 made its debut at the museum.

Phillips made a career of selling cars and retired in 1995, having never again seen the Mustang he mistakenly sold in 1964.

But this week he'll finally get the opportunity to see it, thanks to a social media campaign, "Send Harry to Henry," started by his granddaughter, Stephanie Mealey.

Phillips, his daughter and granddaughter are heading to Michigan on Friday for a VIP tour.

"It's not too often we get to meet someone that was involved with our cars, especially like a notable one like this," said Anderson.

The museum has a whole day of activities in store for Phillips that even includes a tour of the Rouge plant where that historic Mustang was built. This will be Phillips' first time at the museum.

"It's just fantastic, I just can't believe it, " Phillips said about going on the trip. "Everyone tells me to take a bunch of pictures."

Besides the Mustang, Phillips said he is looking forward to seeing all the older style Fords, especially the ones from the mid-1950s.