55% of FDNY firefighters wouldn't get a Covid-19 vaccine if offered by the department, poll finds 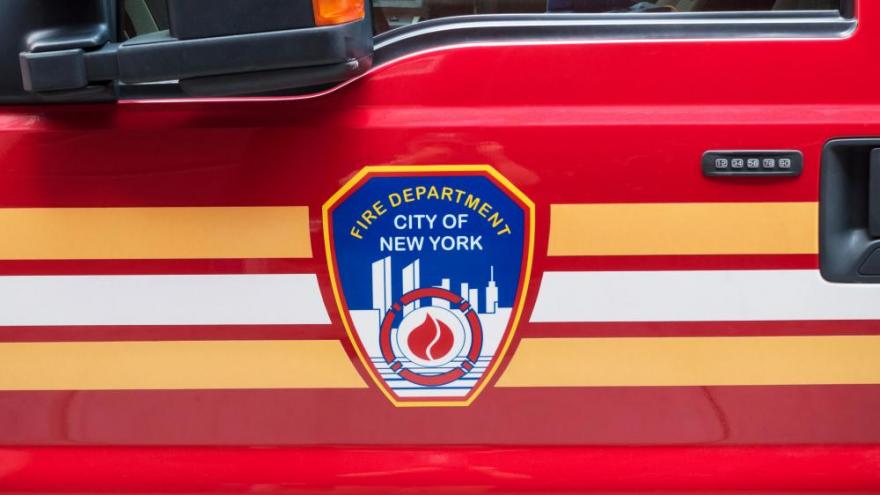 Nearly 55% of FDNY firefighters who answered a poll said they would not get the Covid-19 vaccine if offered by their department.

(CNN) -- As cases of Covid-19 continue to rise across the country, a poll of firefighters in the Fire Department of New York City (FDNY) found that nearly 55% of respondents would not get a Covid-19 vaccine if offered by the department, their union president told CNN Monday.

Despite research that shows firefighters were 15 times more likely to be infected, a majority of those who took the poll declined the offer of a vaccine.

Over 2,000 firefighters, or about 25% of the department's approximately 8,200 members, responded to the poll, according to Uniformed Firefighters Association President Andrew Ansbro.

The poll, which closed on December 5, asked firefighters, "Will you get the COVID-19 Vaccine from Pfizer when the Department makes it available?" with "Yes" or "No" answers, according to the results provided to CNN by Ansbro.

The UFA represents only FDNY firefighters, not the department's emergency medical services or officers. However, firefighters are included in medical responses, including to Covid-19 calls, according to Ansbro.

Researchers found that New York City emergency medical service providers and firefighters were 15 times more likely to be infected with Covid-19 than other city residents during the first wave of the pandemic, according to research published in European Respiratory Journal in October.

Nearly 14,300 FDNY workers employed during the height of the pandemic were studied by researchers, including 3,501 EMS workers and 10,789 firefighters.

Michael Weiden, an FDNY medial officer and New York University Medical School professor, and his colleagues found 5,175 confirmed or suspected coronavirus cases among FDNY workers between the beginning of March to the end of May.

Sixty-two workers were hospitalized and four died, the article said.

During this period, the infection rate among FDNY workers was 15 times the rate of the general population in New York City, but the group also had lower rates of severe coronavirus disease than the general New York City population

The coronavirus hospitalization rate of FDNY workers aged 18 to 44 was similar to that of New York City residents in the same age range, the research found.

"I will definitely get it. I hope more members get it," Ansbro said of the vaccine. "I will encourage them to get it, but at the end of the day, it is a hundred percent their own choice."

The FDNY would not comment on the results of the poll.

"We're going to offer the vaccine to everyone that is interested and wanting to take the vaccine," FDNY spokesman Jim Long told CNN.

"We feel that we, the department and the UFA, are going to work together to provide the best information to our membership, so they can make a decision whether to be vaccinated or not," Long said.

He added that potential vaccine rollout plans are still being finalized by the FDNY and would be shared with members first.