500 people showed up for a concert at an Ohio nightclub that defied local COVID-19 restrictions, authorities say 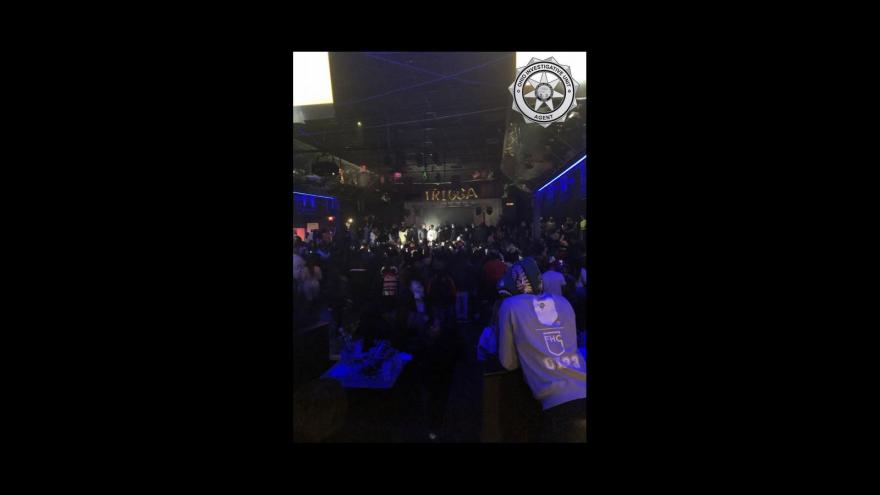 500 people showed up for a concert at an Ohio nightclub that defied local COVID-19 restrictions, authorities say

(CNN) -- A nightclub in Columbus, Ohio, was temporarily shut down and is accused of public health violations because up to 500 people attended a concert headlined by R&B singer Trey Songz over the weekend, authorities said.

Plainclothes officers with the Ohio Investigative Unit (OIU), a division of Ohio's Department of Public Safety, went to Aftermath nightclub on Saturday and found large numbers of non-socially distanced and maskless people on the dance floor and stage area, according to a statement released on Sunday by the agency.

The officers observed patrons "standing, walking freely and sharing alcoholic beverages directly from the same bottle as they were passed between groups," the statement reads.

Images taken by the officers show club patrons apparently congregating with no attempts to maintain social distancing and no physical barriers in place. Most patrons and employees at the club were not wearing facial coverings, OIU's reported.

CNN's is trying to reach Aftermath nightclub, the operators of Saturday's event and Trey Songz for comment.

"When I saw the pictures, I thought for sure it was from 2019, there's no way they're hosting a concert like that right now," Columbus City Attorney Zach Klein told CNN.

"It's concerning for a town that just got downgraded from purple to red," Klein said referring to the state's color-coded warning system to assess the degree of the virus' spread.

At Klein's request, a judge granted a restraining order that temporarily closes the club.

"We're not interested in being the 'gotcha' police," Klein said, "we'd rather educate where we're able to."

He says what he saw this weekend was utter disregard for the health and safety of the patrons who were at Aftermath and for their friends and family and possibly others.

The OIU cited the club for improper conduct and disorderly activities.

On Tuesday, the Ohio Department of Health reported 25,721 new cases, bringing the total number of positive cases in the state to 510,018.

While Tuesday's positive caseload was higher than normal, health officials said this was due to a backlog of tests that accounted for 13,000 positive cases. The state is still seeing an upward trend in positivity rates across several counties.

Police across the nation have been cracking down on venues hosting large gatherings and underground parties disregarding the restrictions in place to curb the spread of the virus.

In Los Angeles County over the weekend, police broke up a party at a vacant house and arrested 158 people. Officers at the scene recovered guns, drugs and rescued a juvenile sex trafficking victim.

Earlier this month, in Chicago, officials said they shut down a 300-person party at a local venue. That venue received nine citations for violating the Covid-19 regulations and five cease-and-desist orders for illegal business activity, according to the release.