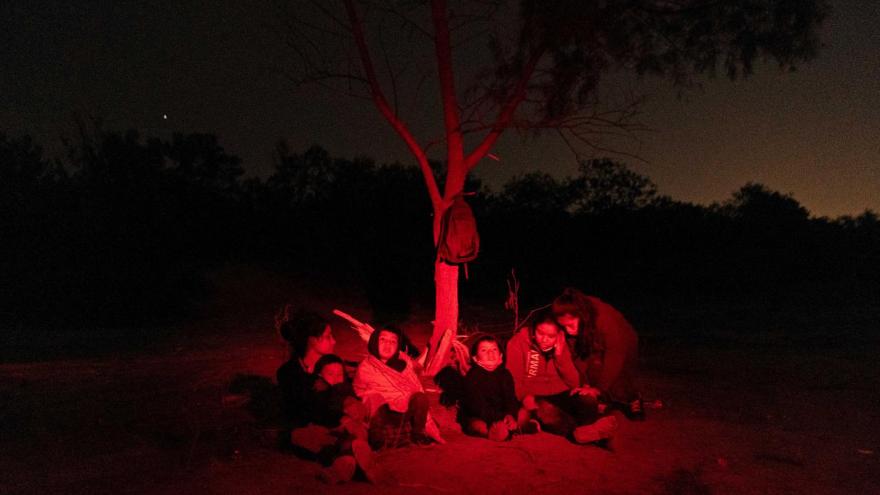 Five unaccompanied migrant children, ranging from as young as 11 months to 7 years old, were encountered along the Texas-Mexico border Sunday, according to US Customs and Border Protection.

(CNN) -- Five unaccompanied migrant children, ranging from as young as 11 months to 7 years old, were encountered along the Texas-Mexico border Sunday, according to US Customs and Border Protection.

A Border Patrol agent responded to a call from a Maverick County constable concerning the children, the agency said. The agent responded and located five girls -- 7, 3, and 2 years old from Honduras, and a 5-year-old and 11-month-old from Guatemala.

According to Guatemala's Foreign Ministry, smugglers abandoned the girls near the Rio Grande.

CBP later questioned the 5-year old girl and looked among their belongings and found a phone number of a family member that was supposed to receive them in the US, the ministry said.

The baby had a phone number written down with a marker on her diaper. CBP was able to reach a family member to confirm their nationality and later contacted Guatemalan authorities. the ministry added.

"It is heartbreaking to find such small children fending for themselves in the middle of nowhere," Del Rio Sector Chief Patrol Agent Austin L. Skero II said in a statement. "Unfortunately, this happens far too often now. If not for our community and law enforcement partners, these little girls could have faced the more than 100-degree temperatures with no help."

The children didn't require medical attention and were transferred to the custody of the Department of Health and Human Services Tuesday, according to CBP.

A farmer who spotted the girls told Republican Rep. Tony Gonzales of Texas he was making a round on the farm when he spotted the children.

"It was about 8:30 in the morning, just driving along and all of a sudden I see them there, beside the bank, here on the river, five little baby girls all by themselves, hungry, crying. One didn't have any clothes on," the farmer told Gonzales, adding that he first called Border Patrol and then reached out to the constable.

"I don't think they would've made it if I hadn't found them," the farmer, whose name was not provided, told the congressman.

The incident is among many in recent months as the number of unaccompanied migrant children crossing the US southern border has grown.

In late March, a smuggling incident along the US-Mexico border garnered national headlines, when Border Patrol released video of two young Ecuadorian sisters being dropped over a 14-foot-tall border fence in the desert. And last month, a 10-year old was found by US Border Patrol in the Rio Grande Valley region of Texas without his mother after a farmer spotted him and alerted authorities.

"Can you help me?" the boy asked a Border Patrol agent in a video shared with CNN.

In March, CBP encountered nearly 19,000 unaccompanied children at the US-Mexico border, according to the latest available data from the agency. Over the last month, the administration has been able to transfer children to the custody of Health and Human Services at a faster pace, though there are still more than 20,000 children in US custody as of May 9.

This story has been updated with details of the children's condition.