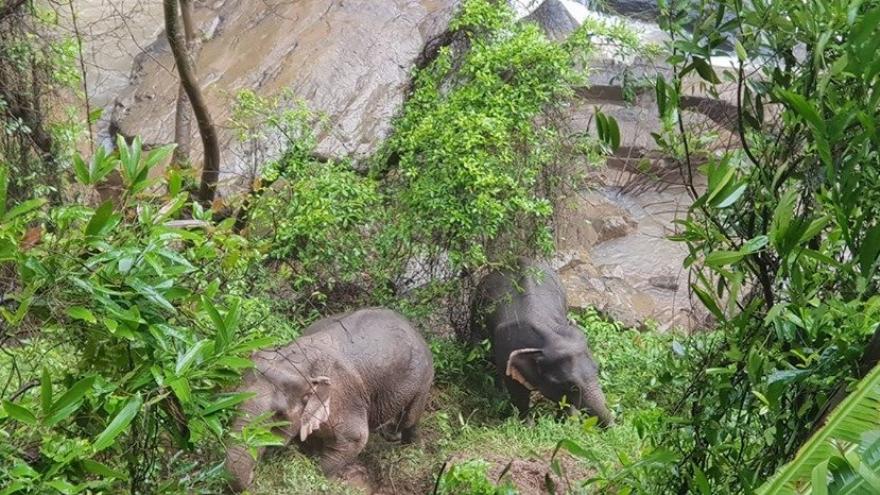 (CNN) -- Five elephants and a 3-year-old calf died at a waterfall in Thailand during what authorities believe was an attempt by the adults to save the young one.

The incident happened Saturday at the Haew Narok waterfall at the Khao Yai National Park.

Two surviving elephants were trapped at the waterfall for hours before national park officials saved them, and fed them pineapples, bananas and sugar cane covered in supplements.

Authorities were notified that elephants were crying out from the waterfall and when they arrived, they discovered the body of the calf, said Khanchit Srinoppawan, chief of the Khao Yai National Park. The five dead adult elephants were found in another part of the waterfall.

The waterfall is closed to the public following the incident.