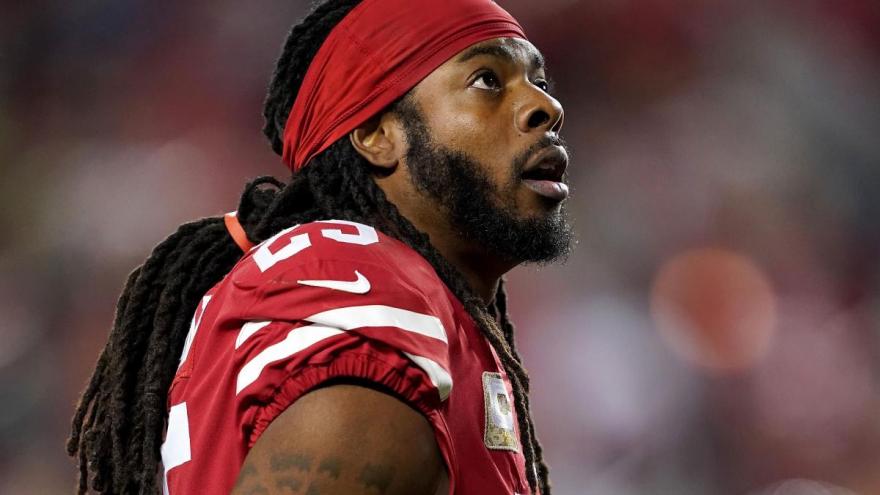 (CNN) -- Richard Sherman is known for his work on the football field, but the San Francisco 49ers' cornerback is also doing important work off it.

The announcement was made by principal Stan Garber, who also posted a photo of him and Sherman posing together. He said Sherman gave him a personal check to cover the debt.

"Richard's gesture created such good will for the 49ers that they went on to sack Aaron Roger's (sic) and the Green Bay Packers the next day on national tv by a score of 37-8," he wrote. "Go 49ers, Go Richard Sherman."

Sherman's foundation -- Blanket Coverage, The Richard Sherman Foundation -- also followed up with a letter, according to CNN affiliate KPIX.

"We have found that eliminating student lunch debt is one way to help assist students and their families in relieving some of the stress that comes with attending school on a daily basis," the letter read, according to KPIX. "The last thing any child should have to worry about is being able to afford eating breakfast and lunch at school; we aim to do our part in eliminating that obstacle."

Earlier this year, Sherman's foundation donated $20,000 to Tacoma Public Schools for meal debt, according to a news release by the NFL Players Association.

Sherman's foundation does a lot of volunteer work in communities -- including things like food drives for schools and the homeless, and donations to local food banks.

Sherman began the foundation in 2013 to "provide students in low-income communities with school supplies and clothing," the website reads.

The following year, Sherman was part of the Seattle Seahawks team that won the Super Bowl. After seven seasons with the Seahawks, Sherman moved to the 49ers in 2018.