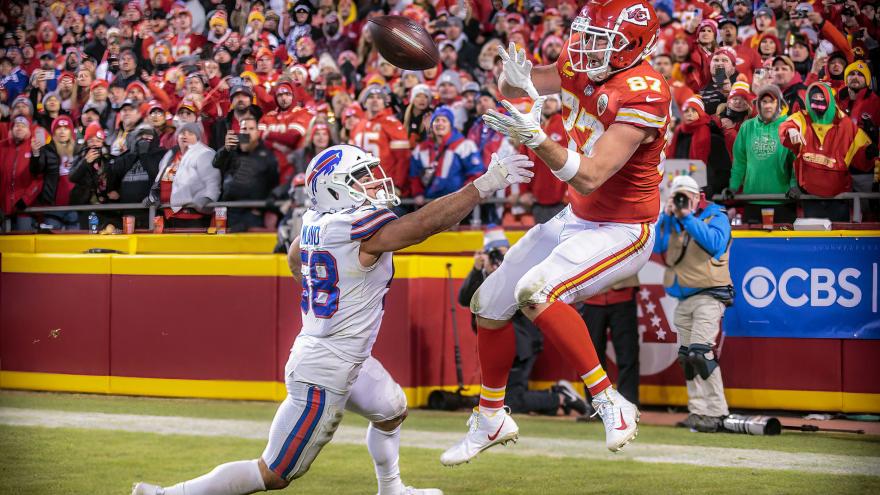 (CNN) -- None of the headwinds facing legacy broadcast television are strong enough to stop the NFL right now.

This past weekend's four divisional games averaged 37 million viewers at any given time. That's 20 percent higher than the audience size for the equivalent games last year.

The totals now count some streaming and out-of-home viewing, but that alone can't account for the huge year-over-year growth. All of the dour predictions about the future performance of the NFL are being challenged by this winter's action.

Competitive and high-scoring games always help. So do compelling storylines. But even beyond that, football is in a league of its own in the US.

The most-watched of the four games was Sunday night's Bills-Chiefs nailbiter on CBS. It averaged 43 million viewers for the four quarters and overtime and peaked with nearly 52 million viewers.

Overall, the game was the most-watched event on American TV since last year's Super Bowl.

The divisional playoffs began with Bengals-Titans on CBS, averaging 31 million viewers. The 49ers-Packers game on Fox later in the day averaged 37 million. Since Saturdays are usually sleepy on broadcast TV, Fox said it counted as "TV's most-watched Saturday show in 28 years, dating back to the 1994 Lillehammer Olympics."

Then came the Bills and Chiefs in prime time. CBS said it was the "most-watched divisional playoff game in five years."

The network also highlighted its streaming service Paramount+ and said both of the CBS games set streaming records.