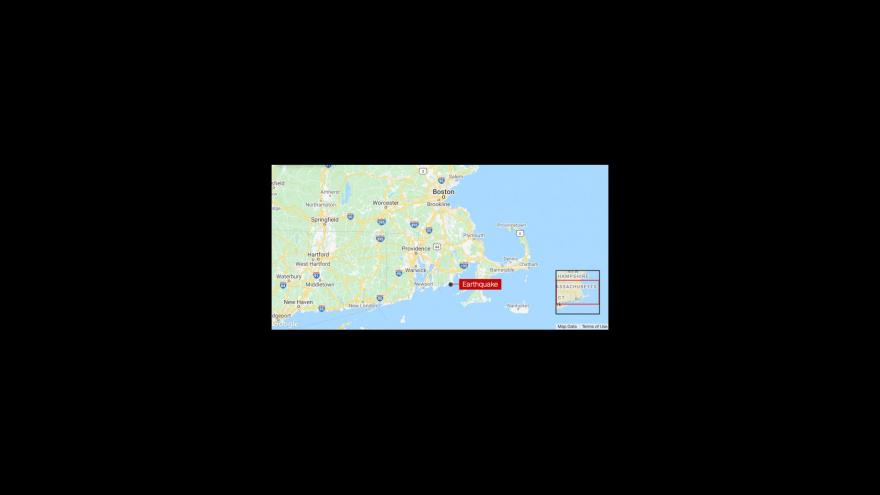 According to a USGS map, the quake struck off Mishaum Point, a peninsula in southeastern Massachusetts that extends into Buzzards Bay.

(CNN) -- A 4.0 magnitude earthquake struck near Bliss Corner, Massachusetts, on Sunday morning, according to preliminary information from the US Geological Survey.

The temblor was felt more than 100 miles away, in Burlington, Connecticut, Manchester, New Hampshire and Sound Beach, New York, on Long Island, the USGS says.

According to a USGS map, the quake struck off Mishaum Point, a peninsula in southeastern Massachusetts that extends into Buzzards Bay.

The epicenter appears to be about 4 miles south-southwest of Bliss Corner, which is located in the town of Dartmouth, just south of New Bedford and about 35 miles southeast of Providence, Rhode Island.

There were no immediate reports of injuries or damage, and the USGS said there is a low likelihood of casualties or economic losses.

There is no threat of tsunami, the National Weather Service says.

The most recent New England quake to cause considerable damage was a 5.6 magnitude that shook central New Hampshire in 1940, the survey says.