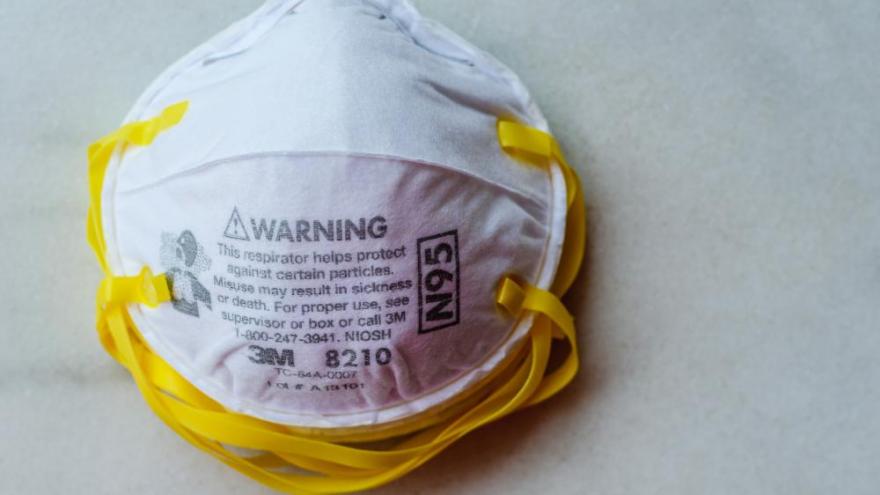 (CNN) -- Hospitals across Washington state thought they were receiving authentic N95 masks, but it turns out that hundreds of thousands may be counterfeit, according to officials.

The Department of Homeland Security issued a fraud alert Friday to the Washington State Hospital Association (WSHA), stating that 40 hospitals across the state may have received fake masks as part of a shipment of 2 million masks that arrived in December, WSHA President and CEO Cassie Sauer told CNN Monday.

The hospital association alerted the 40 hospitals, but many of the masks had already been used, Sauer said.

"They look and feel and fit and smell just like a 3M Mask," Sauer said.

The masks were purchased by hospitals and by WSHA to distribute to its members, according to the association. More than $1 million was spent on the purchase.

The hospital association is meeting with DHS and 3M to determine possible next steps. DHS was warned directly by 3M, the manufacturers of the masks.

It is not known if the counterfeits are as effective as a true N95 mask. However, Sauer said that they have not seen an increase in Covid-19 cases in hospitals that have used them.

In a statement to CNN, 3M says it has been working with "law enforcement and customs agencies to prevent the sale and manufacture" of fake masks. The company said it has launched a "global effort to combat fraud, counterfeiting and price-gouging to help protect the public against those who try to exploit the demand for critical 3M products during a pandemic."

It was confirmed the N95 respirators were "purchased from distributors with no relationship to 3M" and were "not authentic 3M products," according to the company's statement.

The company "recommends purchasing our products only from a 3M authorized distributor."

N95 masks are considered the gold standard in personal protective equipment because they block 95% of large and small particles utilizing a unique electrostatic filter.

The filter works by trapping neutral particles like bacteria and viruses before they pass through the mask, protecting the wearer and those around them. It's similar to how socks might get stuck to a blanket in the dryer. The N95 mask also fits securely to the face, eliminating most of the leakage that may occur with a loose-fitting cloth or paper mask.