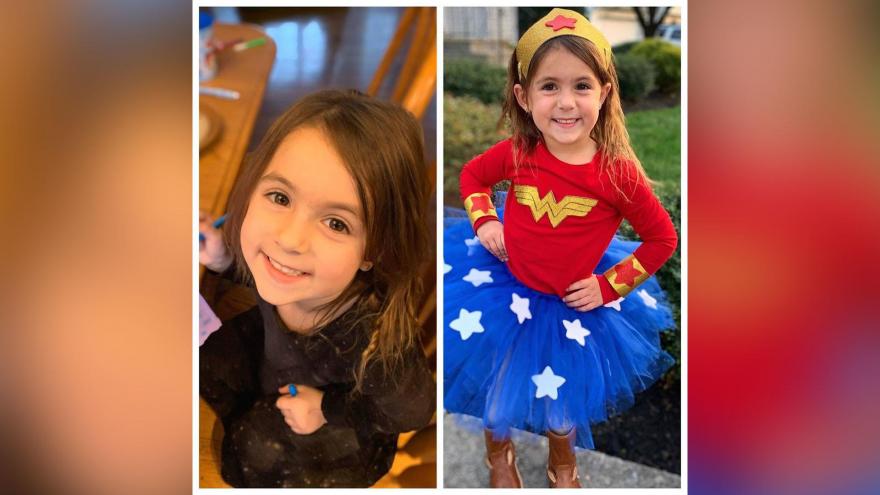 Isla Glaser, 4, of Franklin Township, NJ, is being hailed as a hero after saving her mom during a medical emergency.

(CNN) -- A four-year-old girl is being hailed a hero after calling 911 and saving her mother's life.

Isla Glaser was at her home in Franklin Township, New Jersey with her mom, Haley Glaser, and three younger siblings, when Haley had a medical episode and collapsed.

"My mommy falled down, and she can't talk," Isla said to the 911 dispatcher on December 6.

After answering several questions and giving her address, Isla revealed that her father was at work and she was home with her 2-year-old sister and one-year-old twin brothers.

Not only did Isla keep her siblings calm, she single-handedly called off her family's large dogs when emergency responders came to the door.

Once inside, the responders rushed unconscious Haley to the hospital where she spent several days with a bacterial infection, according to CNN affiliate News 12 New Jersey.

"I know adults that cannot handle that kind of incident with that much bravery, poise, and distinction," Lt. Philip Rizzo of the Franklin Township Police Department said at a news conference. "For that, this young lady needs to be commended."

On Wednesday, the Franklin Township Police Department honored her as a hero for her fast thinking in a scary situation. She received a badge as an honorary police officer and a certificate of commendation.