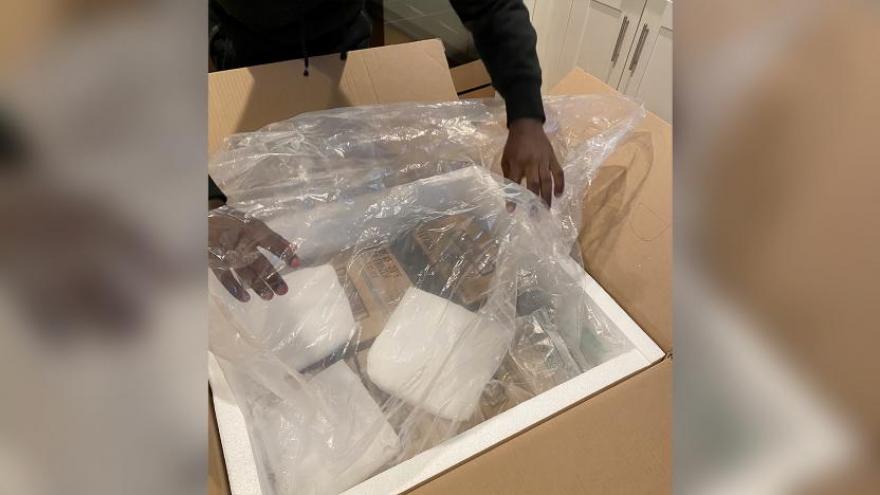 And when he discovered both objects of his passion had been combined into one fruity and delicious icy treat, he did the only sensible thing: he ordered them.

To be exact, he ordered 918 of them. From his mom's Amazon Prime account. Without telling her.

Noah's mom, Jennifer Bryant, had let Noah use her laptop for remote learning when his iPad wasn't working. She was busy in another room when Noah evidently navigated his way into her Amazon Prime account, which she shares with her sister who lives nearby.

In retrospect, there were signs something was about to happen.

But Jennifer didn't think much of it because sometimes he repeats things: "I really wasn't surprised because he was diagnosed with ASD (autism spectrum disorder)."

A phone call from an exasperated sister

Then she got the call.

"She was fussing and cussing, and she said to me, 'You know, you really need to stop ordering all this stuff.'"

Three huge boxes, each weighing 70 pounds and requiring immediate freezing, had arrived at her sister's house.

"I said 'I don't know what you're talking about.'"

That's when Jennifer discovered she was the proud owner of 51 cases of SpongeBob Popsicles, costing just under $2,619.

Amazon wouldn't take the ice pops back because they came from a third-party vendor. Her credit card is investigating but so far hasn't issued a refund. For a terrifying moment, Bryant, a mother of three with some big school bills of her own, had no idea how she was going to pay her tuition this semester.

A friend and fellow student at NYU's Silver School of Social Work started a GoFundMe for her, hoping to help pay off at least some of the Popsicles.

And that brings us to our sweet ending. (And, no, it's not that Noah got to eat all 918 Popsicles in some sort of preschool Bacchanalia; they melted in two days.)

The GoFundMe paid off the ice pops within 24 hours, and the donations kept coming in, climbing way beyond the original target.

Jennifer says she'll use the extra money to pay for Noah's schooling and the extra educational support he needs. She's hoping she'll be able to send him to a special school for children on the autism spectrum. Noah would like that, too, but his real dream is just to meet SpongeBob in person.