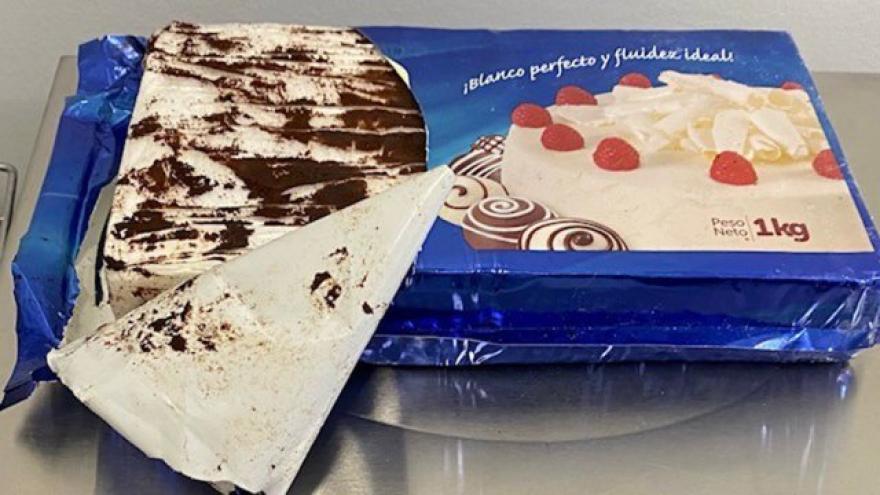 GARDINER, Maine (WBZ) -- Authorities in Maine seized four pounds of cocaine made to look like cake on Tuesday. Agents with the Maine Drug Enforcement Agency stopped a man and woman on I-295 and said they discovered “a significant amount of cocaine in their vehicle.”

The agency shared a photo of the drugs that was packaged inside a cake wrapper. A spokesperson told The Bangor Daily News that the cocaine was sprinkled in coffee grounds, which is used to disguise the scent from drug-sniffing K9 dogs.

The street value of the cocaine is estimated to be $200,000, the agency said. It’s believed the cocaine was going to be distributed in Kennebec and Somerset counties.