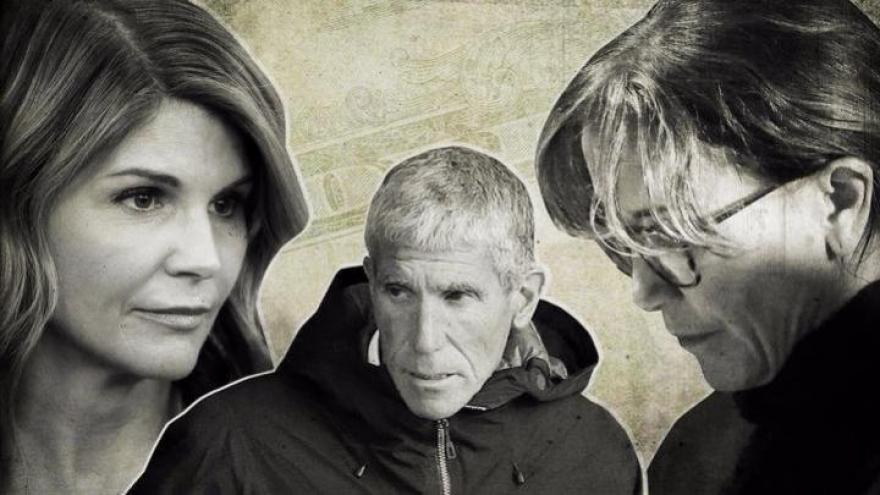 More than 30 parents were charged in connection to the college cheating scandal.

(CNN) -- Four parents who initially fought charges in the college admissions scam have agreed to plead guilty over the past few days, according to the US Attorney's Office in the District of Massachusetts.

The plea changes come as federal prosecutors are expected to file additional charges against some defendants who pleaded not guilty in the case, a law enforcement official told CNN. The additional charges, which are said to include bribery, could be filed as early as Tuesday, according to the official.

The threat of future charges reflects prosecutors' carrot-and-stick approach to this case as they use potential charges to try to get defendants to plead guilty.

"The carrot is, 'Take a quick plea and get your best shot at a lower sentence,'" CNN legal analyst Elie Honig said in April. "And the stick is, 'We have additional charges that we'll bring if you don't plead by that date.'"

Prosecutors initially charged more than 30 parents with conspiracy fraud in March. Those who fought that charge, including actress Lori Loughlin and her husband Mossimo Giannulli, were then charged with a count of conspiracy to commit money laundering in a superseding indictment in April.

Federal prosecutors say at least 50 people were involved in a nationwide fraud to get students into prestigious universities, including wealthy parents, Hollywood actresses, coaches and college prep executives. Ten parents have been sentenced, including actress Felicity Huffman.

More about those pleading guilty

The four parents expected to plead guilty on Monday all come from wealthy business backgrounds.

Hodge, the former CEO of the Pacific Investment Management Company (PIMCO), pleaded guilty to agreeing to pay $200,000 to facilitate his daughter's admission to the University of Southern California as a soccer recruit and submitting false soccer credentials on her application. He also paid Rick Singer — the alleged mastermind of the scheme — another $325,000 to help his son get admitted to USC as a purported football recruit, prosecutors said.

Hodge apologized in a statement released through his attorneys.

"I accept full and complete responsibility for my conduct. I have always prided myself on leading by example, and I am ashamed of the decisions I made," he said. "I acted out of love for my children, but I know that this explanation for my actions is not an excuse. I also want to apologize to the deserving college students who may have been adversely impacted by this process."

In addition, Hodge promised to "continue working hard through charitable endeavors aimed at providing educational opportunities to underprivileged students to begin to repair the harm my actions have caused."

Manuel Henriquez, the former CEO and founder of Hercules Capital, and his wife Elizabeth Henriquez are accused of participating in the test-cheating aspect of the scheme four separate times for their two daughters. They also are accused of conspiring to bribe Georgetown's tennis coach to get their daughter into the university as a tennis recruit.

Janavs, a former food executive whose family's company invented Hot Pockets, is accused of paying to cheat on her daughter's ACT and of conspiring to bribe USC to get her daughter admitted as a beach volleyball recruit.

Martin Fox, who prosecutors say was president of a private tennis academy in Houston, has agreed to plead guilty to conspiracy to commit racketeering and has entered into a cooperation agreement with prosecutors, according to court documents.

Fox is accused of introducing Singer to a former University of Texas tennis coach and accepting $100,000 for assisting with the bribe transaction. Fox, 62, also arranged similar bribes on two occasions with a coach at the University of San Diego, according to the indictment.

Prosecutors have agreed to recommend a sentence on the low end of the sentencing guidelines, as well as 12 months supervised release, forfeiture totaling $462,961.23 and mandatory special assessment of $100 and restitution, according to court documents.

"Martin is a good man who deeply regrets getting into this," said Fox's attorneys, Michael J. Pineault and David Gerger, in a statement. "He takes full responsibility for his conduct."

Some defendants insist on innocence

Despite the possibility of more charges, several attorneys told CNN their clients would not be changing their positions.

An attorney for Amy Colburn and Gregory Colburn, two parents charged with conspiracy to commit mail fraud and honest services mail fraud as well as money laundering conspiracy, said they won't be changing their not guilty plea.

"Adding new charges at this time seems to be vindictive and intended to discourage our clients and others from exercising their constitutional right to a fair trial," attorney Patric Hooper said.

An attorney for defendant Jovan Vavic, a former University of Southern California water polo coach, said he pleaded not guilty to conspiracy to commit racketeering because "he is innocent."

Further, an attorney for two people charged in the case — Gordon Ernst, a former Georgetown University tennis coach, and Homayoun Zadeh, an associate professor of dentistry at USC — said they would not change their pleas.

"My clients continue to rely on their constitutional right to a trial and will not be bullied into a plea on the threat of additional charges for exactly the same conduct," attorney Tracy Miner said.