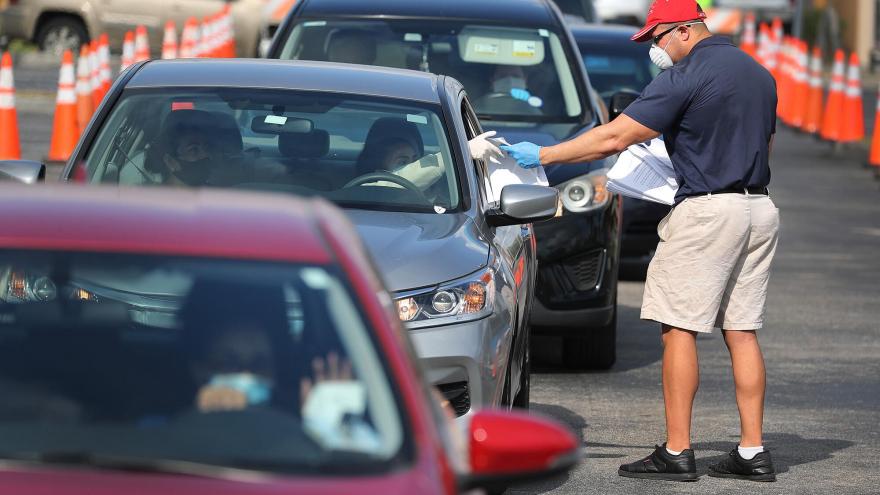 The 5.7% jump between February and June came as millions of people lost their jobs -- and, for many, their health insurance too -- amid the public health emergency. Also, a coronavirus relief package Congress passed in mid-March barred states from cutting eligibility and disenrolling beneficiaries during the pandemic.

The surge marks a reversal of the slow decline in Medicaid enrollment since mid-2017 and accompanying increase in the number of uninsured adults and children.

More than 2.4 million adults enrolled in Medicaid, an increase of 7.2%. Also, 1.4 million kids signed up for Medicaid or the Children's Health Insurance Program, a jump of 4.1%. (This data does not include Arizona and the District of Columbia, which did not report the breakouts for adult and child enrollment for one or more months covered in the report.)

Some 68 million people were enrolled in Medicaid and another 6.7 million children were in CHIP in June, according to the Centers for Medicare and Medicaid Services data.

The increase, however, was less than some experts had predicted amid the economic collapse last spring. That's in part because some workers were temporarily furloughed and able to keep their work-based health coverage, said Edwin Park, a research professor at the Georgetown Center for Children and Families. Also, Medicaid enrollment typically lags job loss during a recession.

But more of those layoffs are becoming permanent, so Medicaid enrollment is expected to increase, Park said.

The Congressional Budget Office now expects an additional 9 million people to be enrolled in Medicaid and CHIP in 2021, according to updated estimates released Tuesday. About half that figure stems from the pandemic-fueled economic downturn and half from the requirement that states allow people to remain in the program longer.

Meanwhile, nearly half a million Americans turned to the federal Obamacare exchanges earlier this year after losing health insurance coverage, according to federal data released in June.

Sign-ups spiked in April to more than double the number in prior Aprils, while more people also enrolled in May than in prior years.

Overall, enrollment jumped 46% in the first five months of 2020 compared with the same period the year before.

States that run their own health insurance exchanges also saw increases in sign-ups during special enrollment periods they enacted this year.