4 children were locked in makeshift cages, Alabama police say. 3 people have been arrested 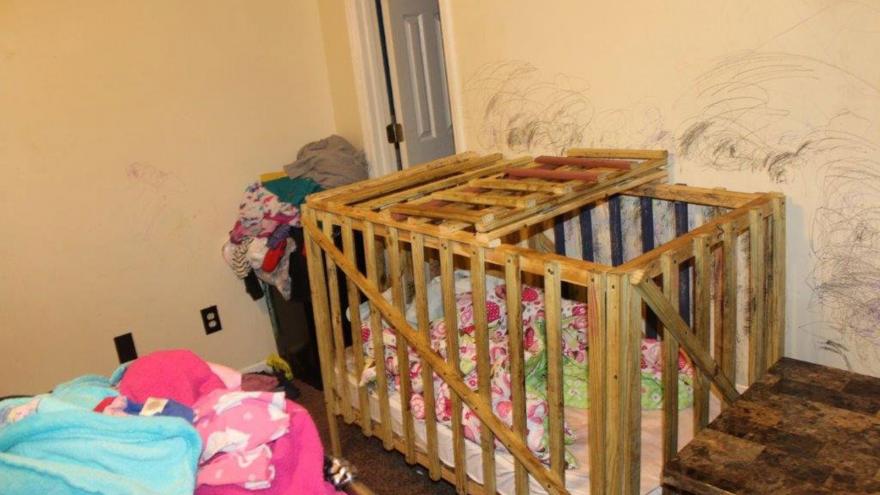 (CNN) -- Three people have been arrested and face child abuse charges for allegedly locking four children between the ages of 3 and 11 in makeshift cages, the Lee County Sheriff's Office said Wednesday.

Investigators got a tip Monday about possible child abuse at a home in Smiths Station, the sheriff's office said in a news release. They made a welfare check and found four children, ages 3, 4, 10 and 11.

"Investigation revealed evidence that the children had been locked in the cages on multiple occasions," the news release said.

Pamela Deloris Bond, 66; James H. Bond, 69; and Kylla Michelle Mann, 30, each faces two counts of aggravated child abuse of a child younger than 6 and two counts of reckless endangerment, the sheriff's office said. Pamela Bond also is charged with tampering with physical evidence. The three are being held on more than $120,000 bond each.

It was not immediately clear Thursday morning if the suspects had attorneys.