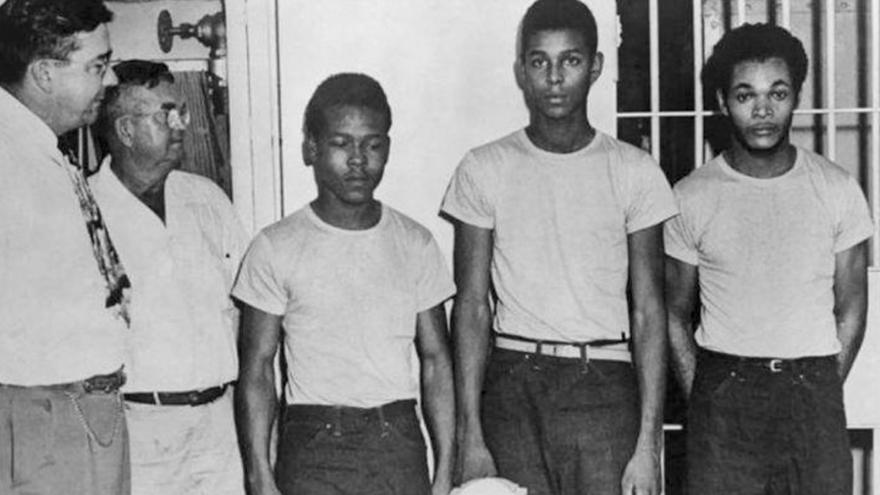 (CNN) -- The families of the "Groveland Four" got some closure Monday after Florida officially cleared four young Black men wrongly accused of raping a 17-year-old White girl in 1949.

Circuit Court Judge Heidi Davis in Lake County, Florida, granted the State's motion to posthumously dismiss the indictments of Ernest Thomas and Samuel Shepherd and vacated the convictions of Charles Greenlee and Walter Irvin, in the case known as the "Groveland Four."

"I would not hate, but I will love and embrace all of those who did not know at the time that my father was a caring and loving and compassionate person that did not rape anybody. I stand here today to say thank you," said an emotional Carol Greenlee, daughter of Charles Greenlee, in front of cameras at a press conference Monday morning following the court hearing.

In 1949, Greenlee, Irvin, Shepherd and Thomas were accused of sexually assaulting Norma Padgett in Groveland, Florida, about 30 miles west of Orlando. The group came to be called the "Groveland Four." The case was considered one of the greatest miscarriages of justice in Jim Crow-era Florida.

There were doubts about Padgett's testimony from the onset, but in the era of Jim Crow, a jury convicted the men without evidence of a crime.

"For 72 years the families have been living with this and traveling with this journey waiting for today," said Bill Gladson, the state attorney, after Monday's hearing. Gladson, a Republican, moved last month to have the men officially exonerated. None of the men are still alive.

Gladson said the state sought justice once they realized there was new evidence.

"Once we found that evidence, and it revealed what it revealed, that resulted in the motion that you saw today," he said.

State Sen. Randolph Bracy, a Democrat, said while the exoneration does not "fix the racial injustice that is so pervasive in our criminal justice system," the motion gave the family some closure and offers some hope.

"I believe reckoning with the past and correcting gross injustice does put us on a path to creating a fairer more equal court system," he said.

"For seventy years, these four men have had their history wrongly written for crimes they did not commit. As I have said before, while that is a long time to wait, it is never too late to do the right thing," DeSantis said in the statement at the time. "I believe the rule of law is society's sacred bond. When it is trampled, we all suffer. For the Groveland Four, the truth was buried. The Perpetrators celebrated. But justice has cried out from that day until this."

The Florida House issued a posthumous apology to the Groveland Four in April 2017.

"As a state, we're truly sorry," Rep. Chris Sprowls said to the men's families, after lawmakers unanimously voted to exonerate them.

"The memories can't be erased, the pain they've endured can't be fixed but today we have an opportunity to provide closure to these families in the form of an apology," Rep. Bobby DuBose, who sponsored the bill that called for their pardon.

Padgett claimed that on the night of July 16, 1949, her car broke down in Groveland. She said the four men stopped and raped her. The men were arrested. Three of them were tortured until police were able to elicit a confession from two of them. Thomas, who managed to escape custody, was killed after a manhunt. Greenlee was sentenced to life in prison.

Shepherd and Irvin received the death penalty. While being transported from county jail for a retrial, the sheriff shot them both and claimed self-defense. Shepherd died at the scene and Irvin survived by playing dead. His sentence was later commuted to life in prison.

Gilbert King wrote about the case in his Pulitzer-Prize winning book, "Devil in the Grove: Thurgood Marshall, the Groveland Boys, and the Dawn of a New America."

"We need courage," Aaron Newson, Ernst Thomas' nephew, said fighting off tears in front of cameras today following the court hearing. "A lot of families did not get this opportunity, maybe they will. Maybe this is the start of something good. I hope so. This country needs to come together." 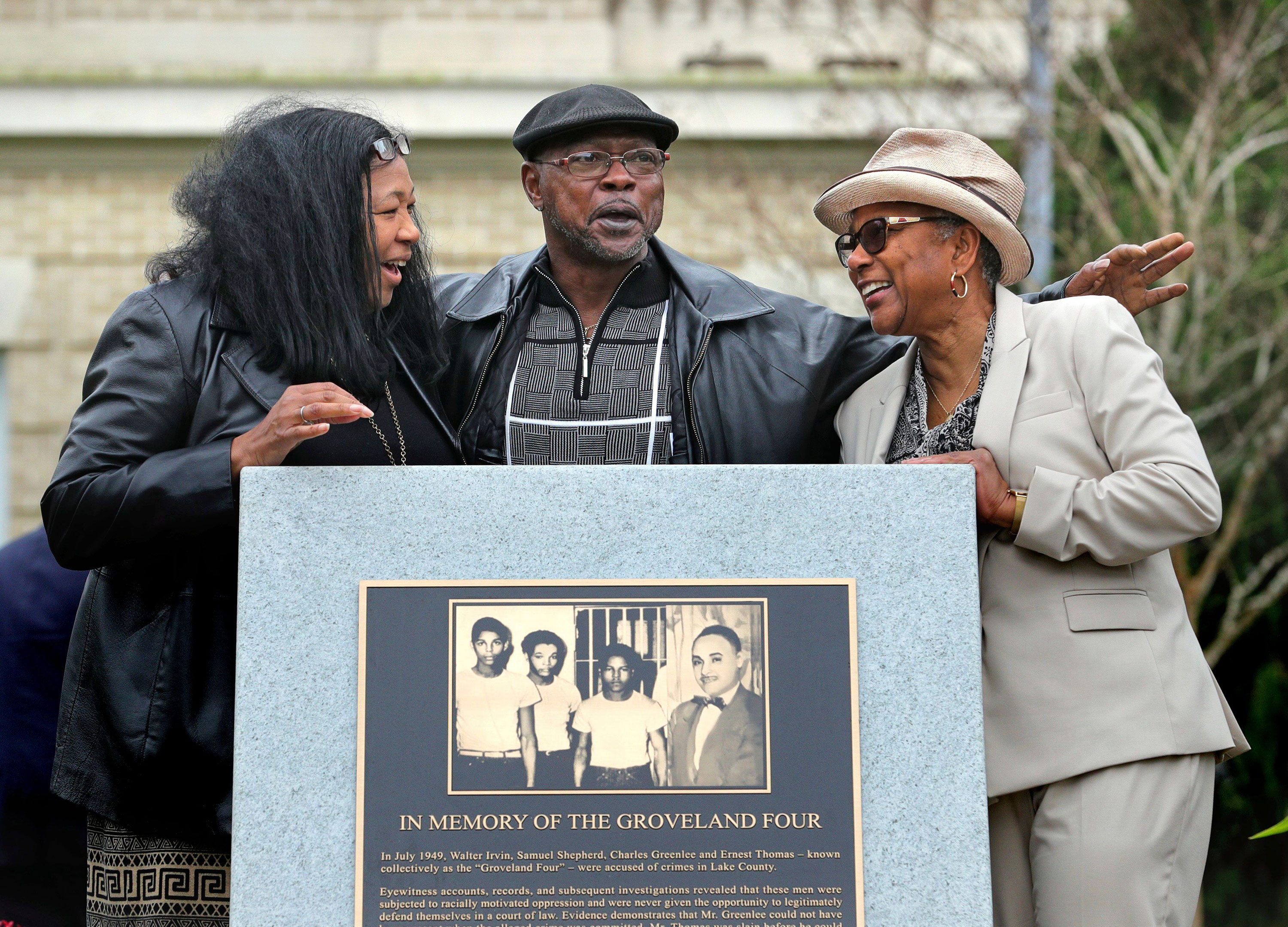