39 vehicles involved in series of pileup crashes in Wisconsin 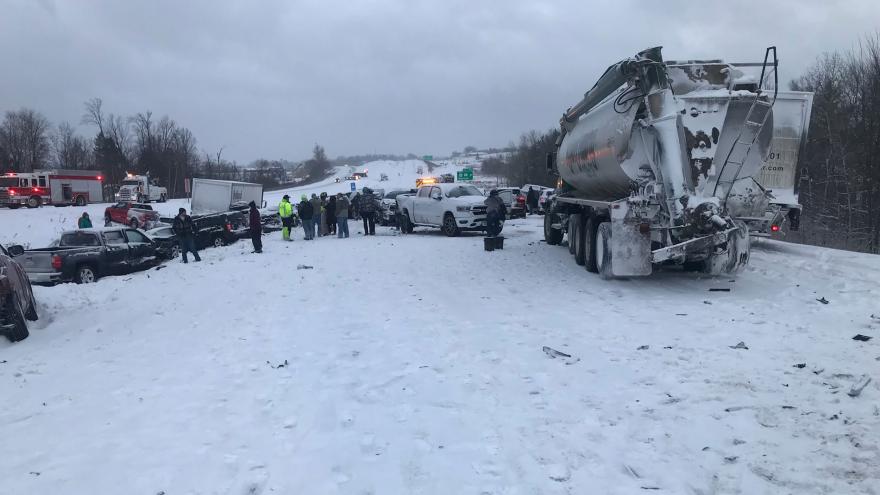 By Kelly Murray and Melissa Alonso, (CNN) -- Treacherous winter driving conditions are being blamed for a series of pileup crashes on Friday involving 39 vehicles in central Wisconsin, according to the Wisconsin State Patrol.

"The injured have been transported to local hospitals. The extent of the injuries is unknown at this time," the Wisconsin State Patrol tweeted late Friday.

US 51 has been cleared, according to 511 Wisconsin, but it had been closed in both directions for several hours as crews brought people to safety.

A small silver car was reportedly flipped onto its roof, and semi trucks could be seen jackknifed in a ditch, WAOW's Isak Dinesen reported.

Some people had to be extricated from their vehicles, WAOW reported. Video showed other people, including children, getting out of their cars and walking, apparently uninjured, as they waited for help to arrive.

A bus was brought in to transport people stranded on the road, WAOW reported.